We've been trying to work out what we want (and or) need in a new home.  Right now we're renting a three bedroom bungalow (level throughout), and there seems to be a definite shortage of four bedroom wheelchair accessible places in the areas we're looking.


Our area is defined by distance to the site of Smiler's school, which is co-located with the secondary school Noah attends (and where Petal will be going from September) - Mr Manley wants to be able to walk Smiler in, and while Noah and Petal may well chose to cycle, walking would still be an option for them.  We found some promising roads, but they turned out to be (just) over the boundary into South Glos, and having to start from scratch for Smiler is just too complex, as he has pretty high level medical, educational and social care needs. 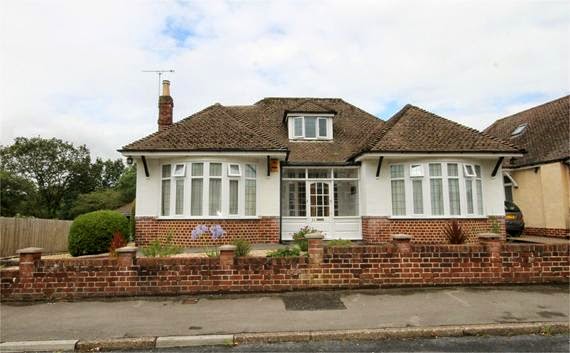 This is a four bedroom bungalow on one of those roads - doesn't it look lovely?  I'm actually not sure about the 'bungalow' description, since two of the bedrooms are upstairs, but in terms of suitability this would mean Noah and Petal would have bedrooms upstairs, away from Smiler, and we would be on the same level as him.  Full bathroom on the ground floor so no need to build one on, big enough hall and doorways so Smiler could still get around mostly independently if he was using a walking frame or wheelchair.  Gorgeous bay windows, garden, parking (next to the house, so we wouldn't have any problem getting a charger for the car fitted), but it's in South Glos.  Bugger.  To be honest, this is also at the very top end of our potential budget, so we still might end up fifty grand short.  Ah well.  Didn't really want it anyway.  Honest.