a walk, some puddles, and how to wear a frisbee this season

Having got over the sleep disturbances (by way of a five day zombie impression with a temperature over 40°) Smiler has been making the most of the school holiday.  Today we all went for a lovely healthy walk in the sunshine - you know when it seems like a good idea but then you realise all over again how utterly unfit you are?  That. 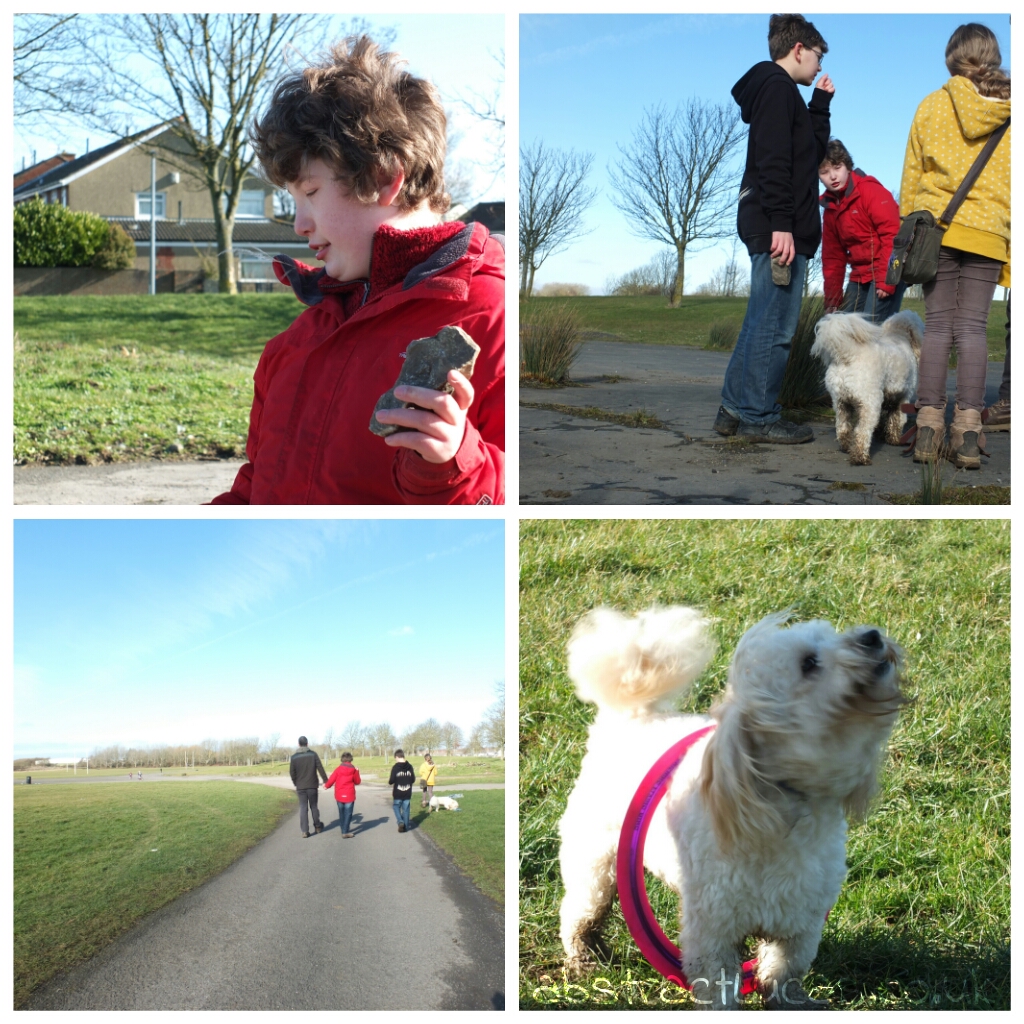 I'm really proud of how much walking he did actually - he found a "cutie" rock (don't ask me - I have no idea how a rock can be cute,  but apparently it was) that kept him occupied for a while,  and there's always the distraction of Eli of course.  Eli spent a very enjoyable five minutes searching everywhere for the frisbee, completely unable to work out what we were laughing at - he was, in fact, wearing the frisbee. 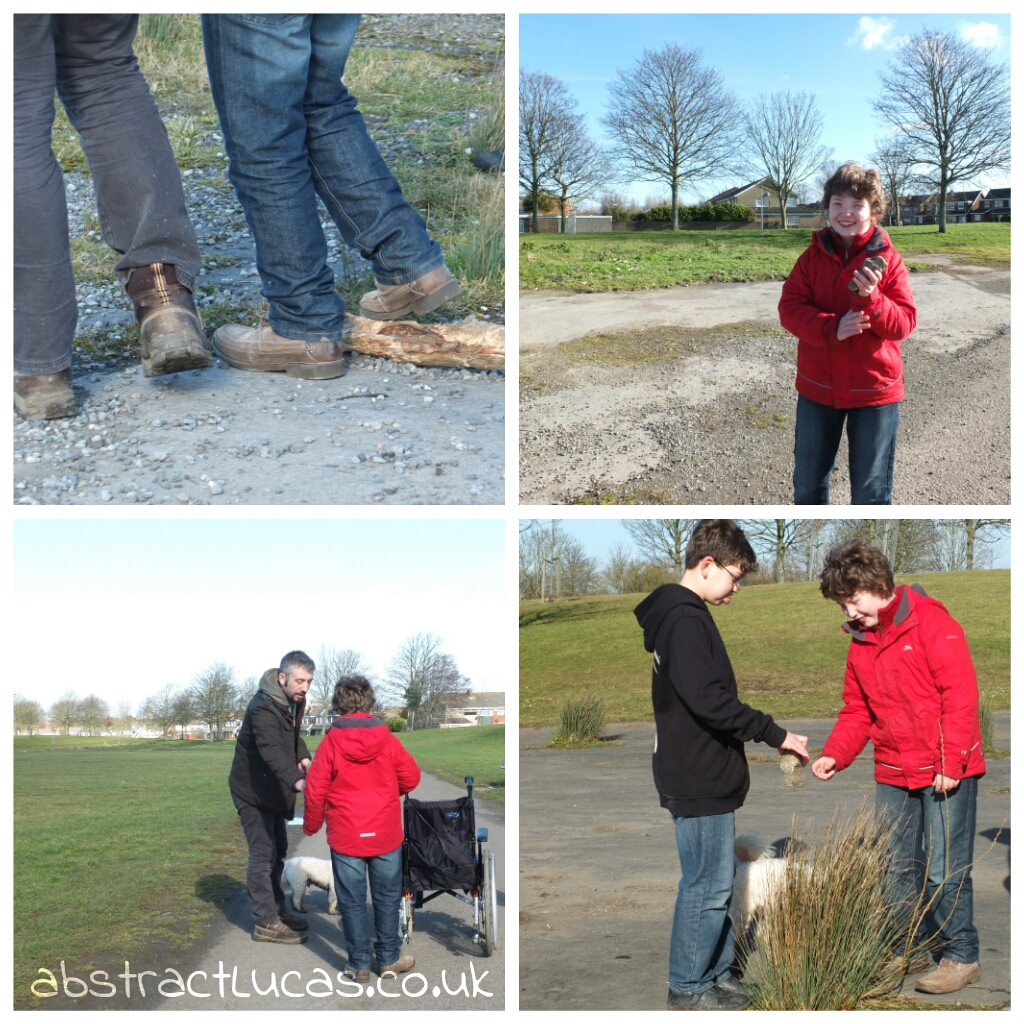 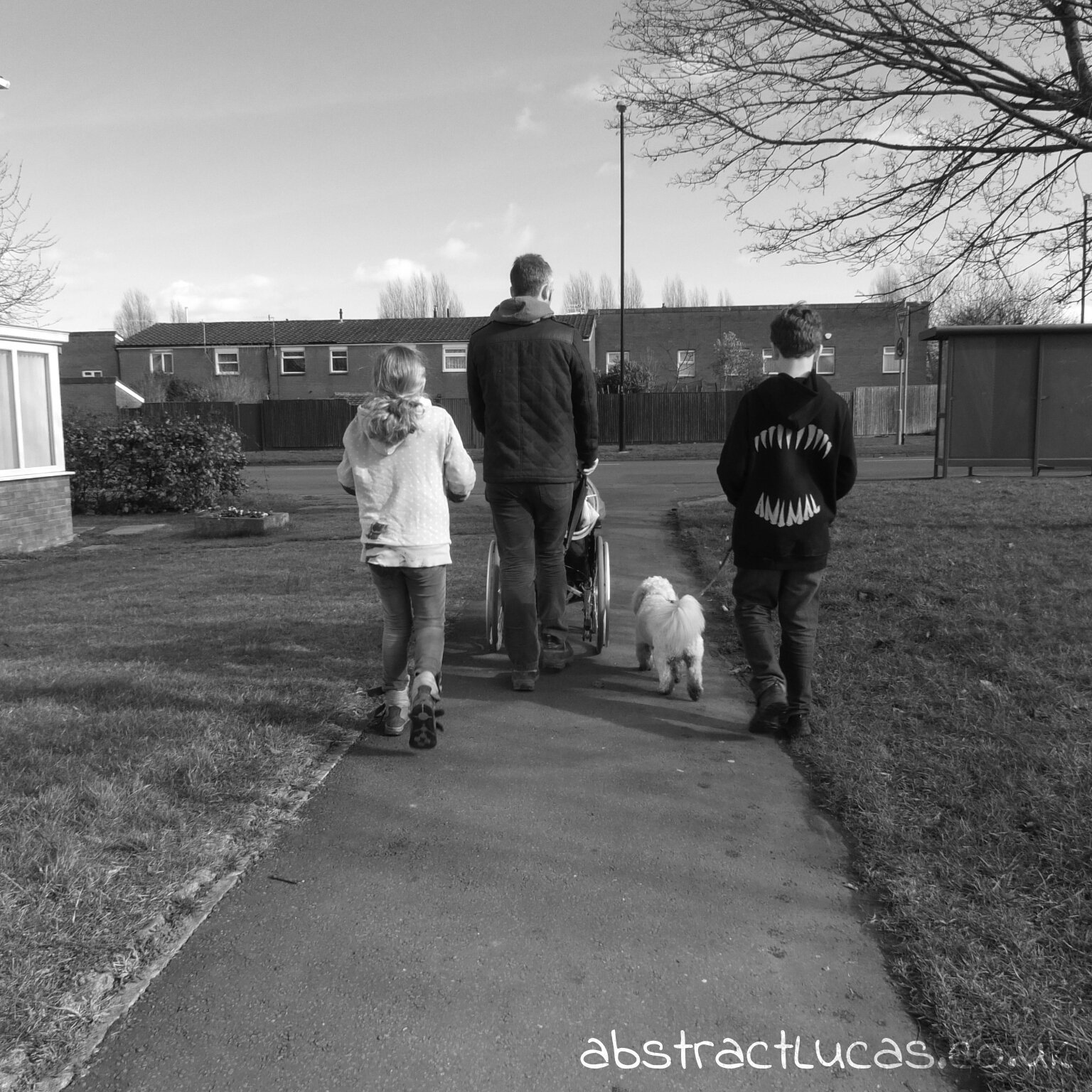 Smiler was shattered and back in his chair before we were on our way back home,  but it was great to see him interested in the world around him again.  When he gets ill he really goes for it, and there's a strange atmosphere around the house when he's silent and Mr Manley and I are both exhausted from taking turns staying up to watch him.  I blank out what goes on almost - I know Carol and I filmed our presentation for the Bristol Parent Carers event, Noah and Petal got to school and back each day, Eli got walked and fed, but the details just don't stay in my brain.   Maybe just as well.  Anyway, Smiler is back in the land of the living, so Mr Manley and I get to join him - woo hoo!  Til next time anyway.

Get widget
at Wednesday, February 18, 2015
Email ThisBlogThis!Share to TwitterShare to FacebookShare to Pinterest
Labels: and the dog came too, daily life, family life