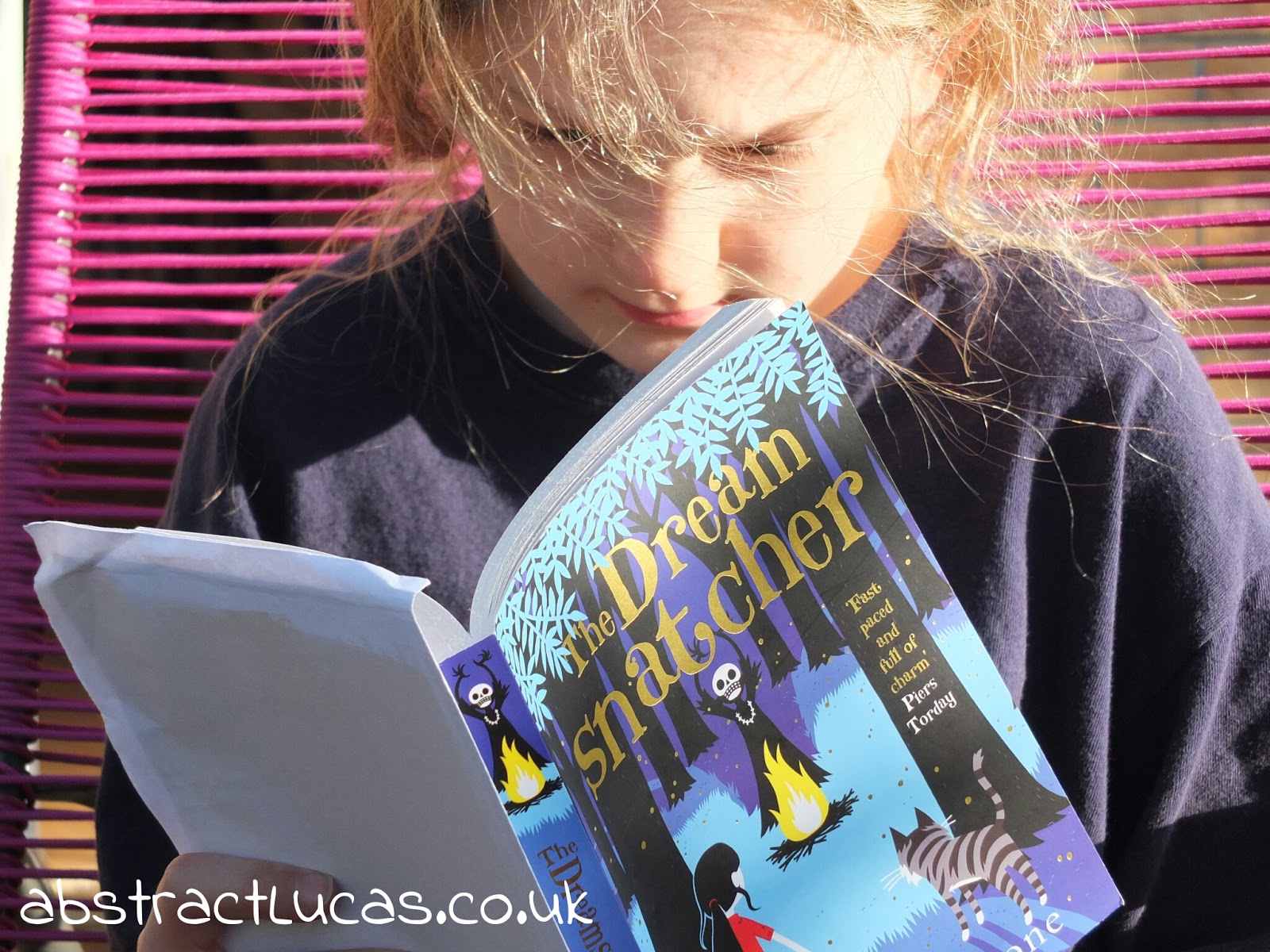 Petal loves to read, and was thrilled to get the opportunity to review a book from a brand new children's author - Abi Elphinstone.  Petal kept the book in exchange for her review but understands the importance of being honest about her thoughts, and has promised to be truthful.  She devoured the book in a couple of days but wasn't sure where to start writing a review, so I copied some standard book review type questions from this wonderful web of ours and asked her to answer those instead.  Petal typed up her responses and I've cut and pasted them here, but they're her own answers in her own words.


I read The Dreamsnatcher by Abi Elphinstone.  It is a fictional adventure story for old children and young adults.

Summarize the book without giving away the ending.


There is a small gipsy girl called Moll. She has a best buddy (a wildcat) called Griff and they usually stick together. One day Moll wakes up in a different part of the forest and trespasses to get back Jinx, her horse. She has a dream about her dead parents and wants to find out more about her past. But first she must have at least ONE amulet.

What did you think of the main character?


I really like Moll and I think it's good that she rescues a boy not a boy rescues her. She is a bit snappy sometimes but determined.  She doesn't care if she gets muddy or her hair is messy.

Which character could you relate to best?


I think that I could understand Moll the best because we both like and dislike the same sort of things.  She is about the same age as me too.  I think if she was real and we knew each other and we went to the same school then we would be good friends. 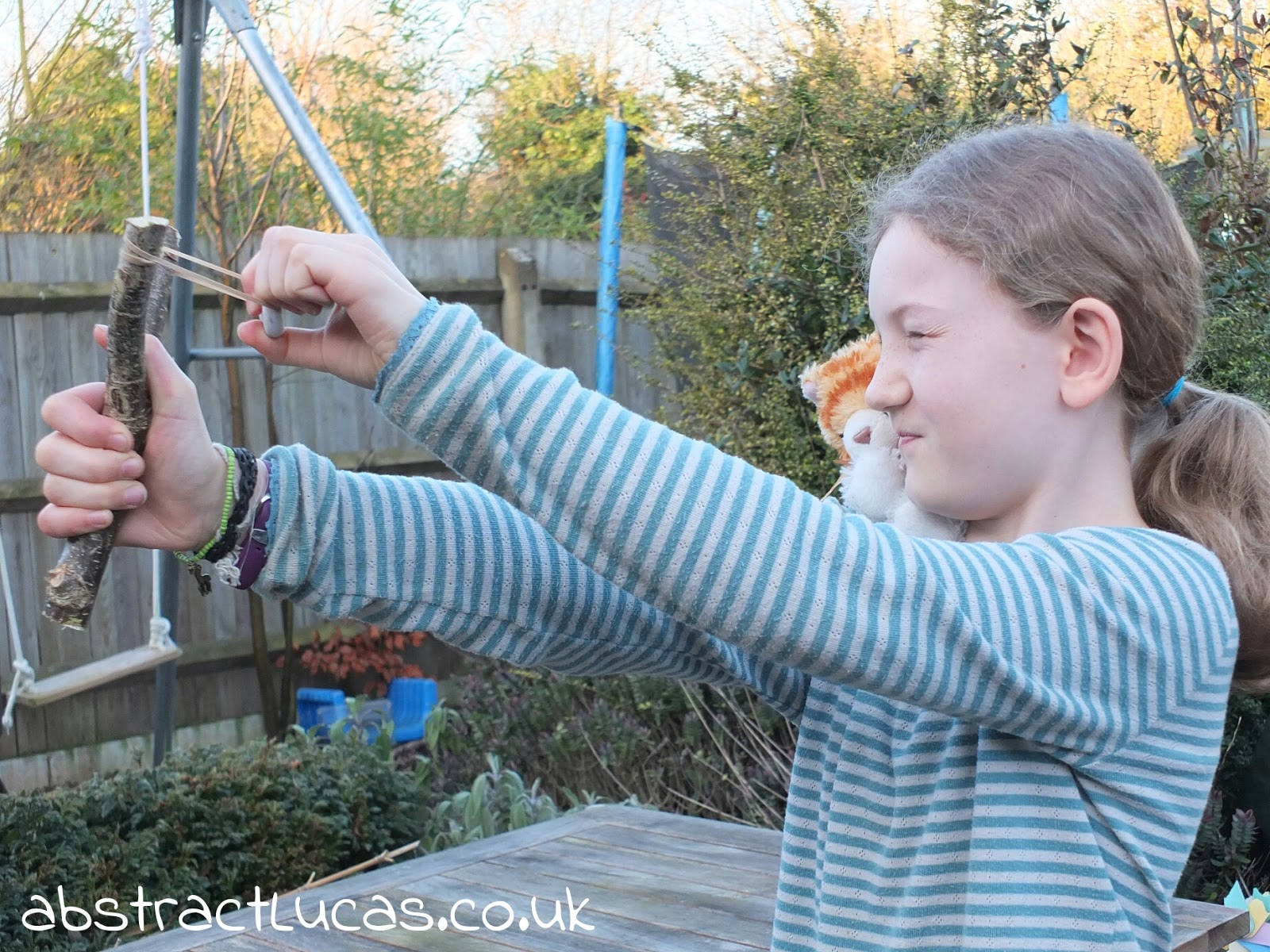 Were there any other especially interesting characters?


I think that Siddy is a very interesting character because he doesn't care what other people think of him and he will always stand up for what HE thinks is right, even when other people around don't think that is a good idea.

From whose point of view is the story told?


The story is told in the third person, so you get to know everything that happens.

Were the characters and their problems believable?


The characters were fairly believable but their problems were sometimes a bit weird like the fact that they had to find the amulets because they had bits of her parents in! I liked it though!

How did the main character change during the novel?


At the end of the book Moll was a lot more grown-up and she is super- determined.

Did you learn something new from the book?


I learnt what it was like to be a gipsy and what a wagon and a wildcat is. 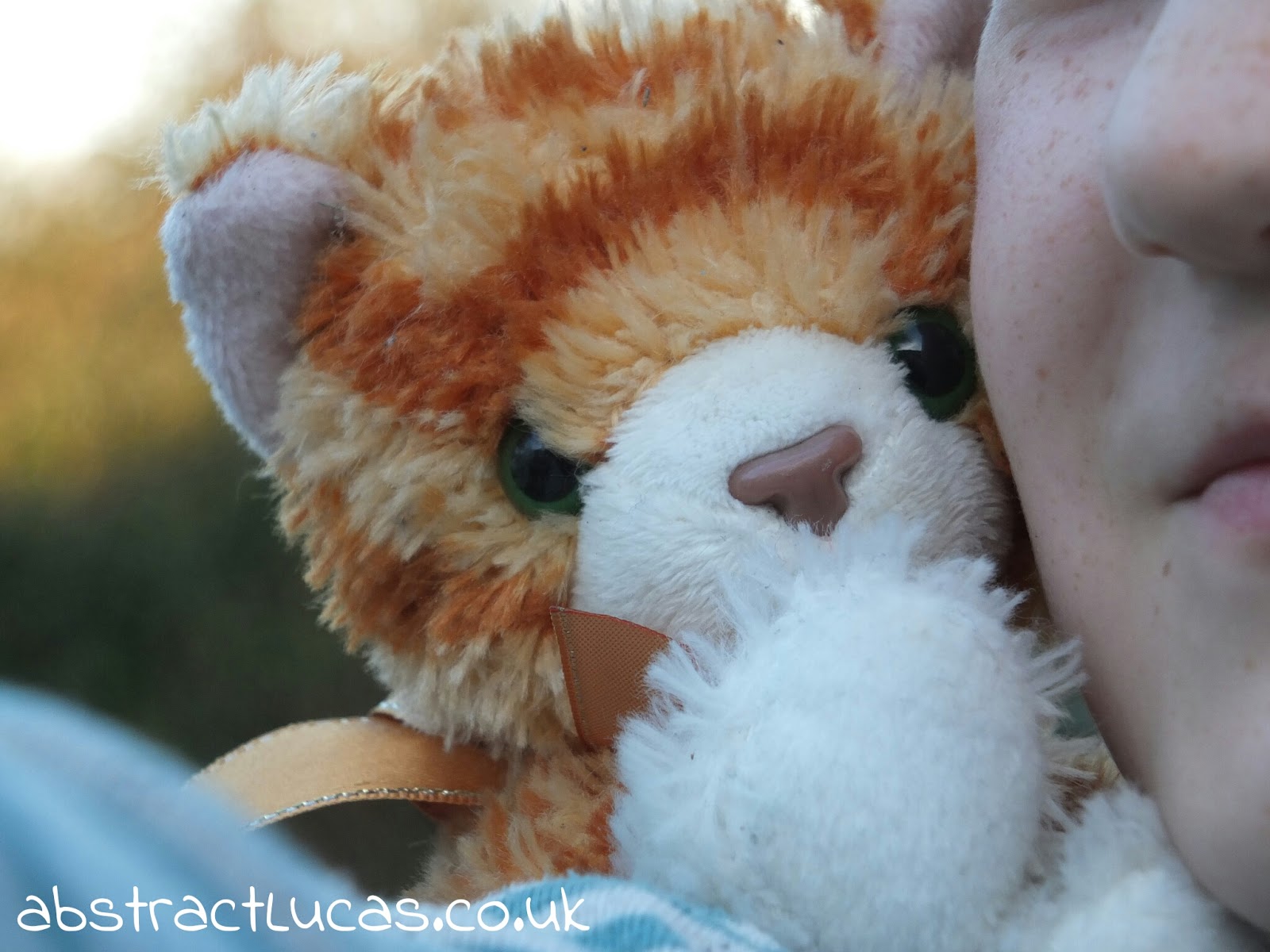 Petal's stand in for Griff the wildcat for World Book Day

Was the book different from what you expected?


Not really - I read the blurb on the back of the book and it explained what the story was about. I haven't read anything else by this writer but my mum said this is her first book. 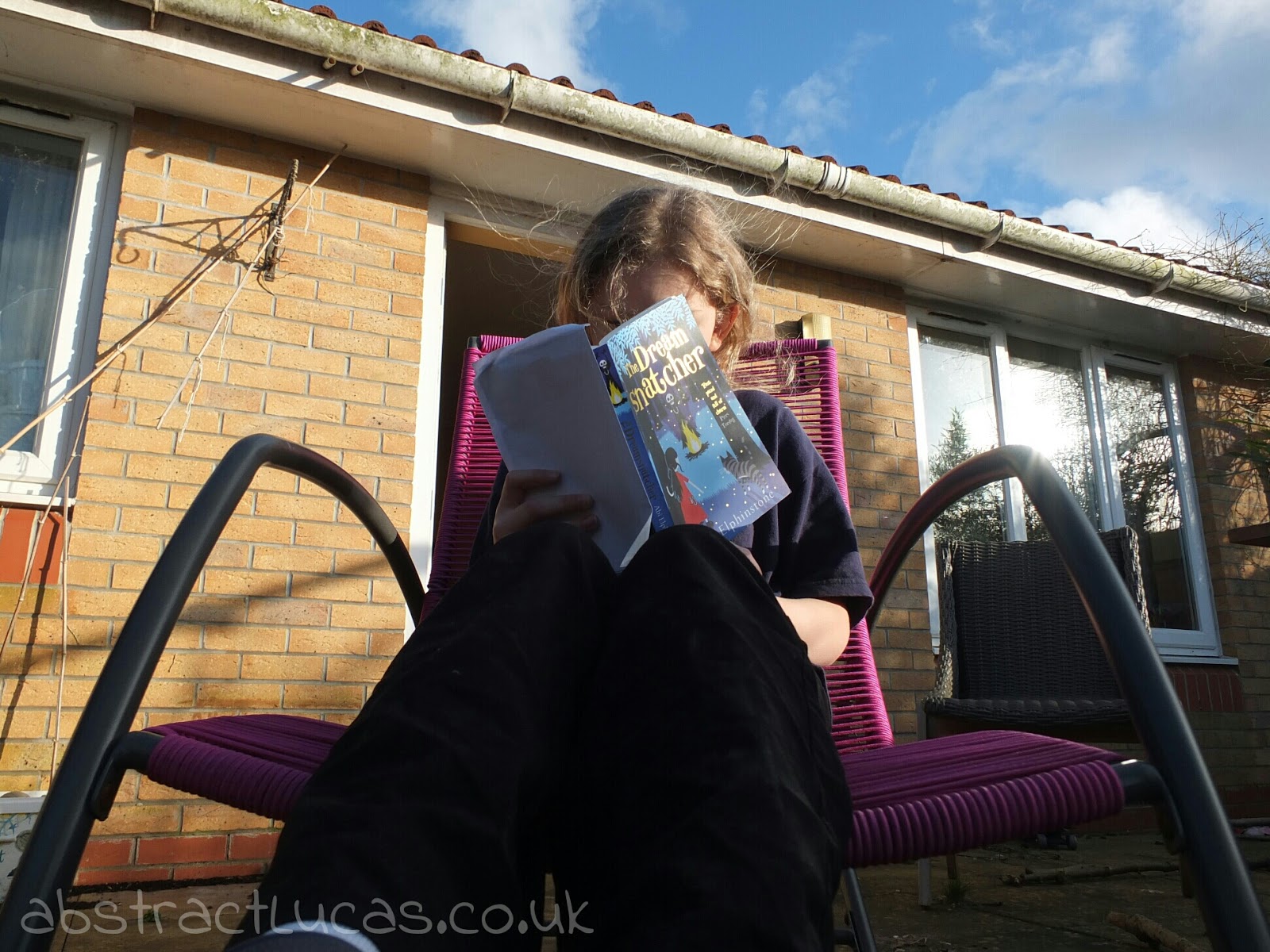 What alternative title would you choose for this book?

The Magic Of Dreams


"This is Alfie." Moll said, "We were just showing you to him!" and "You didn't get us OUT of the pit! You got us INTO a cage!" were my favourite quotes from the book, but I won't tell you who said it or who they said it to in case you read the book because then it wouldn't be a surprise because you would know who was in the pit and then the cage.


What I liked most about the book is that Moll didn't need a boy to save her, instead she saved a boy!  Lots of the books that I like to read have girls who need help and boys who save them and in real life it doesn't really matter if you are a boy or a girl you might need help and the person that helps you might be a boy or a girl, so I get bored of girls needing saving and boys being the ones who always save them. 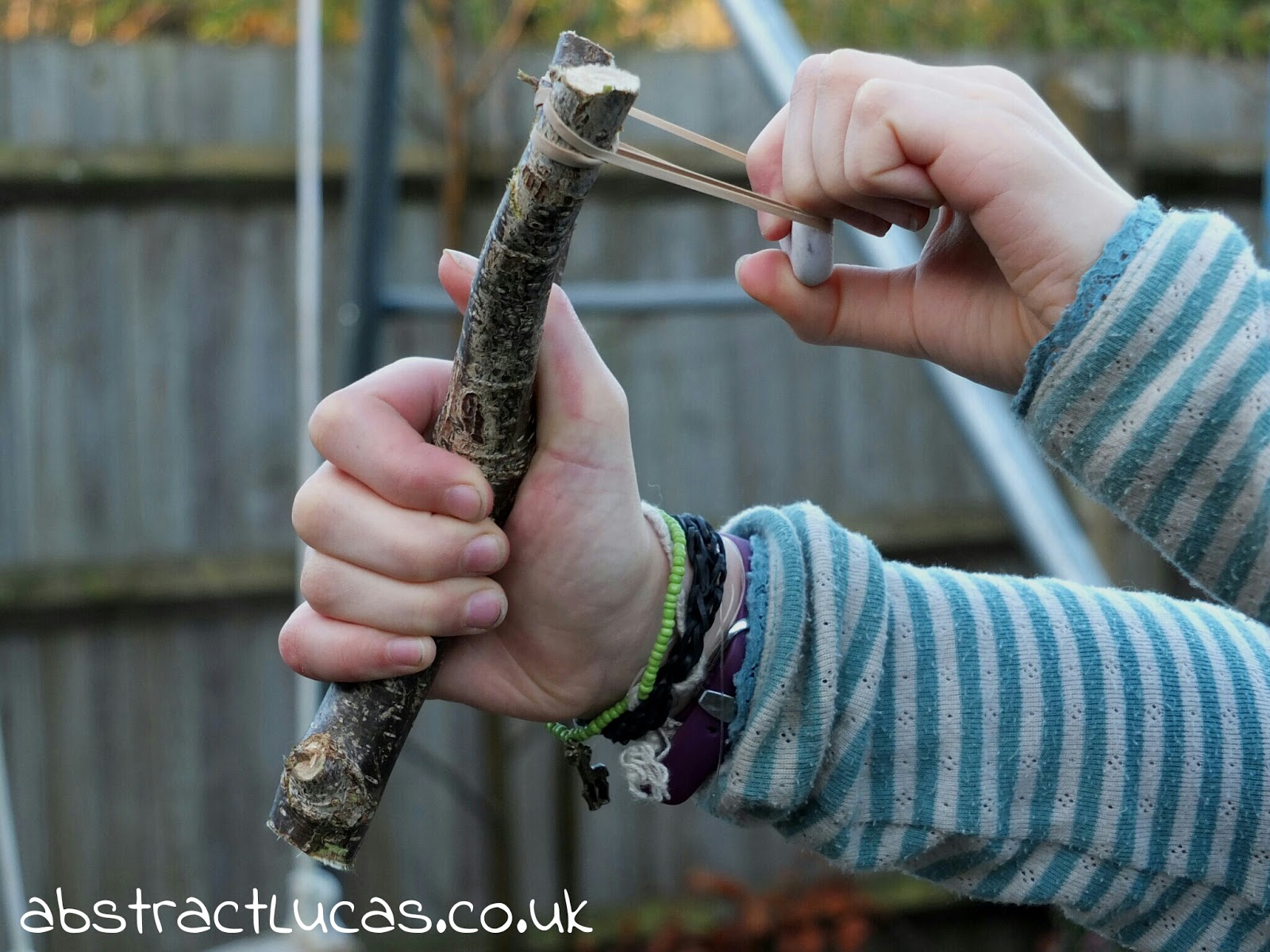 And the catapult that Petal made - every thinking girl's favourite accessory!

I don't really know, I can't think of anything I didn't like. I loved all of it!


Yes, I know that there is a second one as well and I've asked my mum to get it for me when it is written and more if there are more after as well.

What do you think will be your lasting impression of this book?


That it's not always boys as the determined and strong ones, it is girls as well! That friends are important, and sometimes even if other people think you won't be able to do something, you can still try.

Would you recommend this book? How would you rate it?


I would recommend this book to EVERYBODY!!!!! It's just a really good book. I would rate it- five out of five stars!!!!!

Is there anything else you'd like to say about the book?

I'd like to say that I think it is important to try books by new people because you might find some that you really like. As well as that my mum showed some messages that the writer wrote on twitter and she seems really cool. I want to be a writer and it is good to know that it is something you might be able to do for real if you try hard enough.
• • • • • 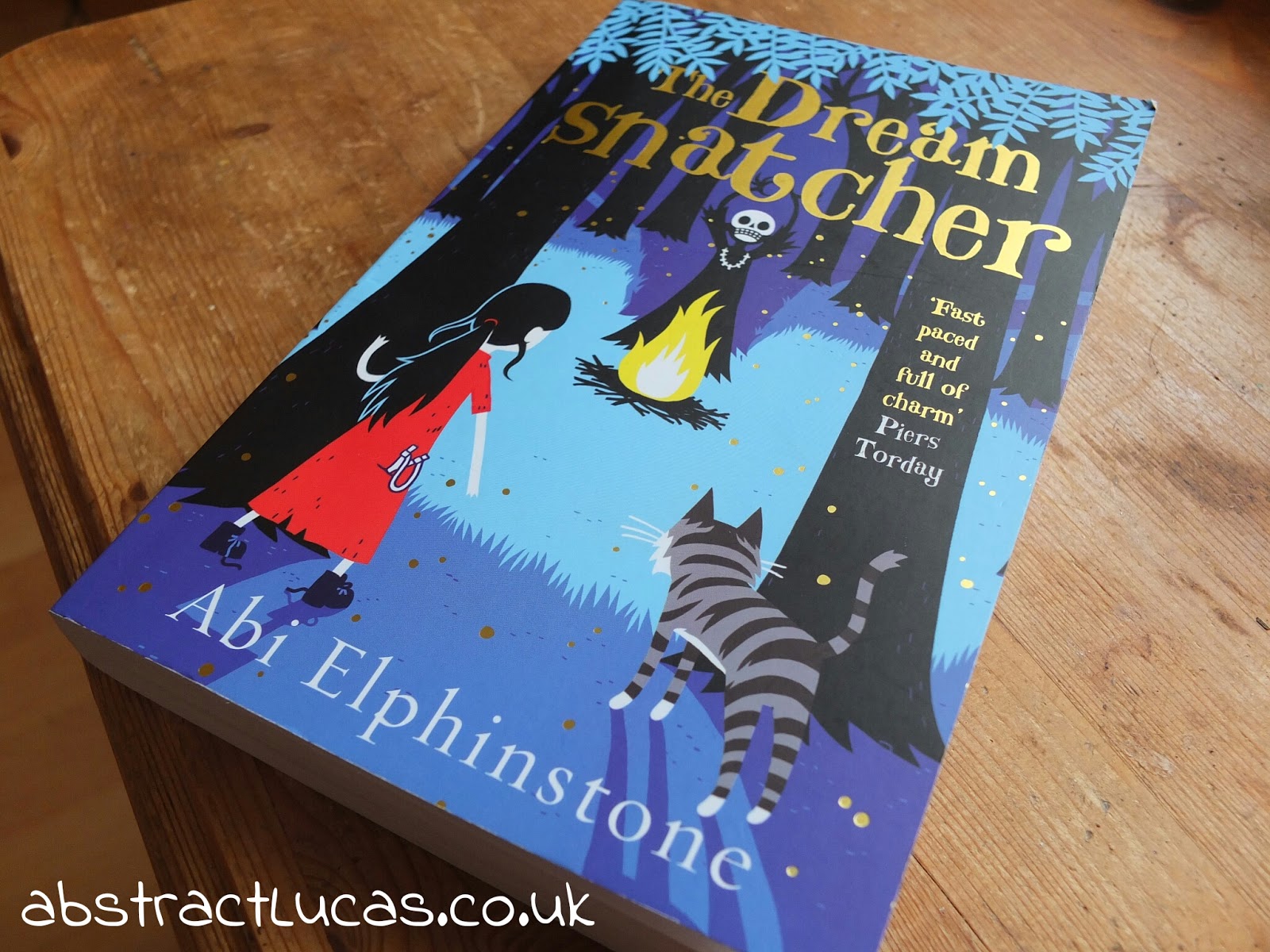 The Dreamsnatcher is available from, as they say, all good bookshops, and Amazon.  If you'd like to find out more about the author,  Abi Elphinstone,  check out her website or say hi on Twitter (@moontrug) - she's friendly and approachable and would love to hear from you!