We briefly revisited the discussion from last week about hdr, including chatting about when you would and wouldn't want to combine pictures - it seems that much of the time this is down to personal preference.  I can see that using hdr can give you detail in the shadows that you can't otherwise see, but it often seems to be used to excess, with photos looking almost like cartoons.  It's also worth noting that many photo processing programmes have an hdr setting, which creates the effect artificially, which seems completely pointless to me but as I said, to a certain extent it's down to personal preference. 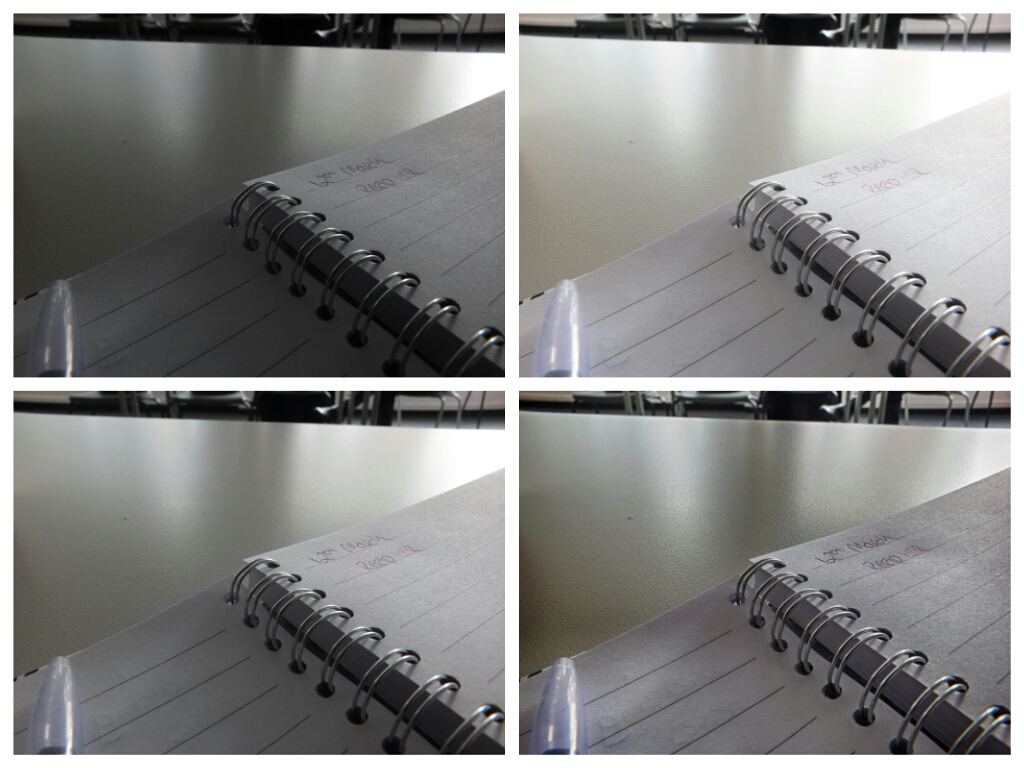 I've found that the programme I use on my tablet can in fact combine the shots to create an hdr image, but apparently only when it feels like it.  These for example are from the session - the bottom right is the hdr image created by combining the other three, though of course a picture of my notes is not really the intended use...

Graham not-even-a-tiny-bit-sheepishly admitted he'd lied his pants off when he told us that the important things to know about were aperture and shutter speed, and if we understood these (and the relationship between them) then the world was our photographic oyster.  He has now amended this to include iso - the sensitivity of the camera sensor to light.  A change to any one of these impacts on the others, and it is the combination of these that define the exposure - how light or dark the image is.

Graham decided to get our heads round exposure it would be good for us to be able to understand histograms, which started off with us asking what in the world a histogram was.  Turns out it's the funny little graph type thing that appears on my screen at the back of the camera when I'm lining up a shot.

...and here's one I made earlier!
Okay, no, not really.  But it's a bit like the ones I scribbled in my notebook! 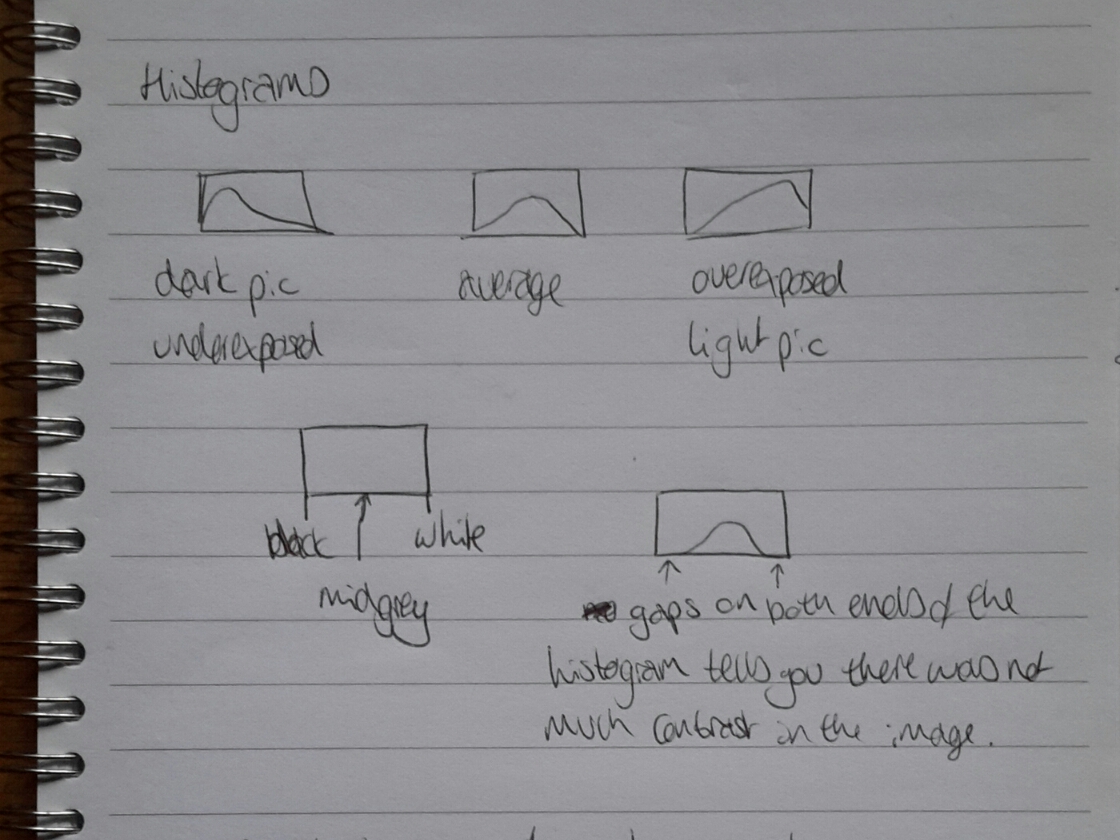 
The important thing to remember is that these are RGB histograms (apparently...) you get one for a photo, and they show the tonal range, as in how much light and dark and midtones there are in the shot, compared to three individual histograms, one each for red, green and blue tones, which are more complex.


As you can see from my impressive illustrations, the histogram is handy as a quick check as to whether your shot is in danger of being underexposed (too dark) or overexposed (too light), or if it's juuuust right (I'm channelling Goldilocks here, in case you couldn't tell).  This doesn't necessarily mean that if, for example, your histogram looks like a lopsided left leaning mountain - with a steep slope on the left and a very gentle slope to the right - it is underexposed, as it might just be a very dark picture which was completely what you were going for.  By the same token, if your mountain is leaning in the other direction (technical term...) this may be because there are lots of pale tones in the shot.

These are underexposed - the histogram would have a right leaning mountain, as there are so many dark tones in the shot.  Noah, just for your information, was trying to stop me taking a photo of him. 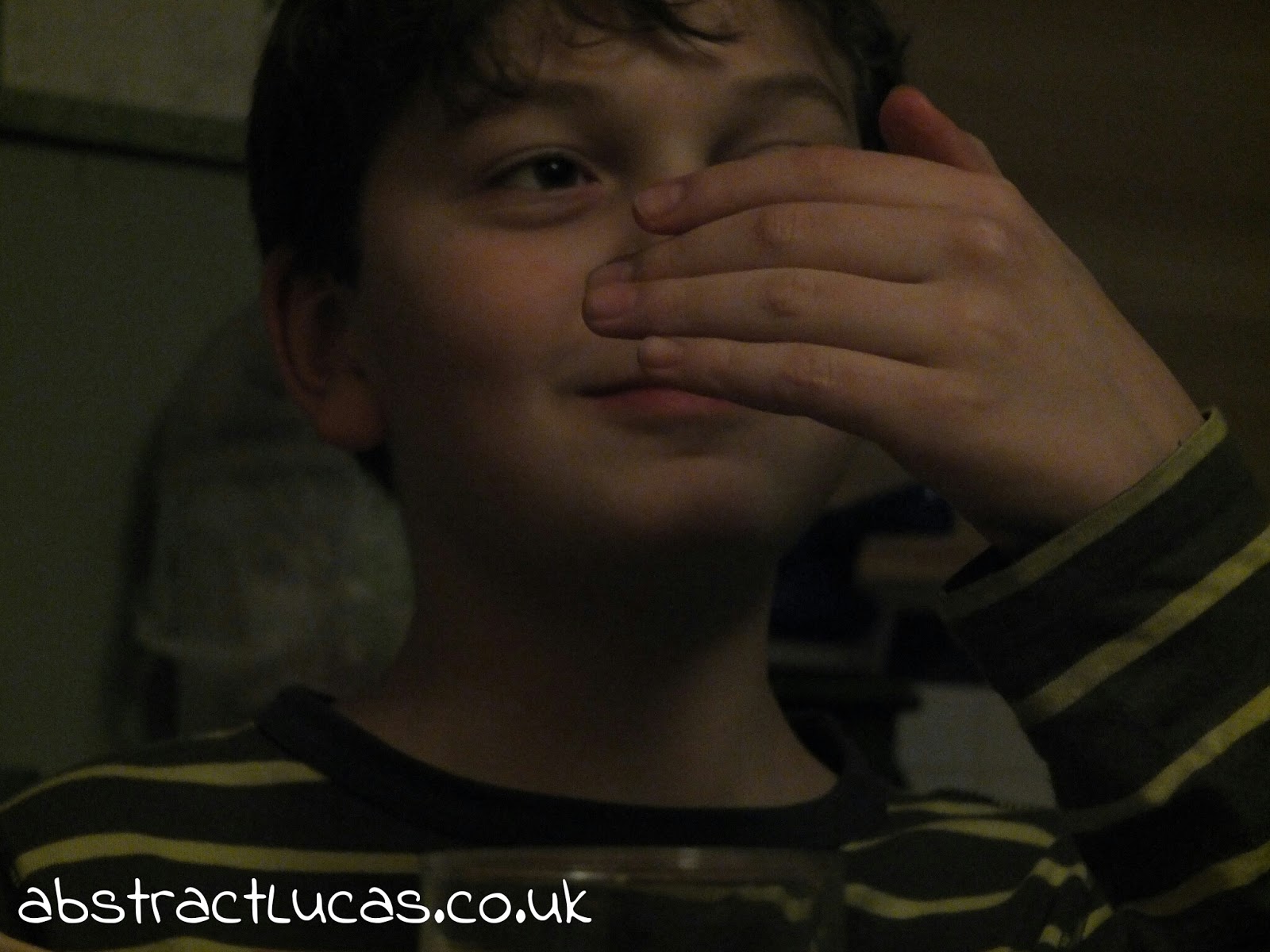 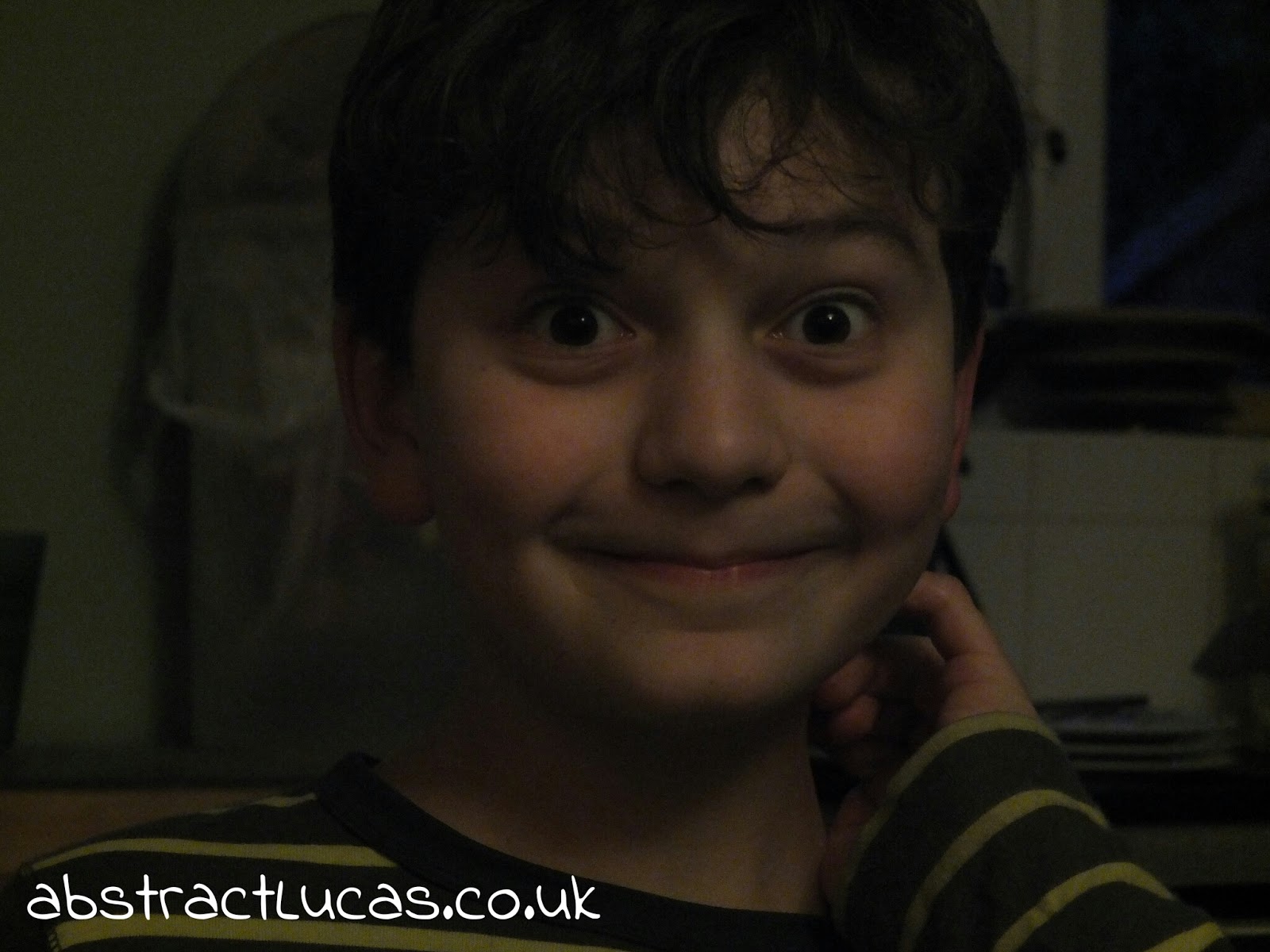 Neither did pulling faces. You'd think he'd have figured that out by now... 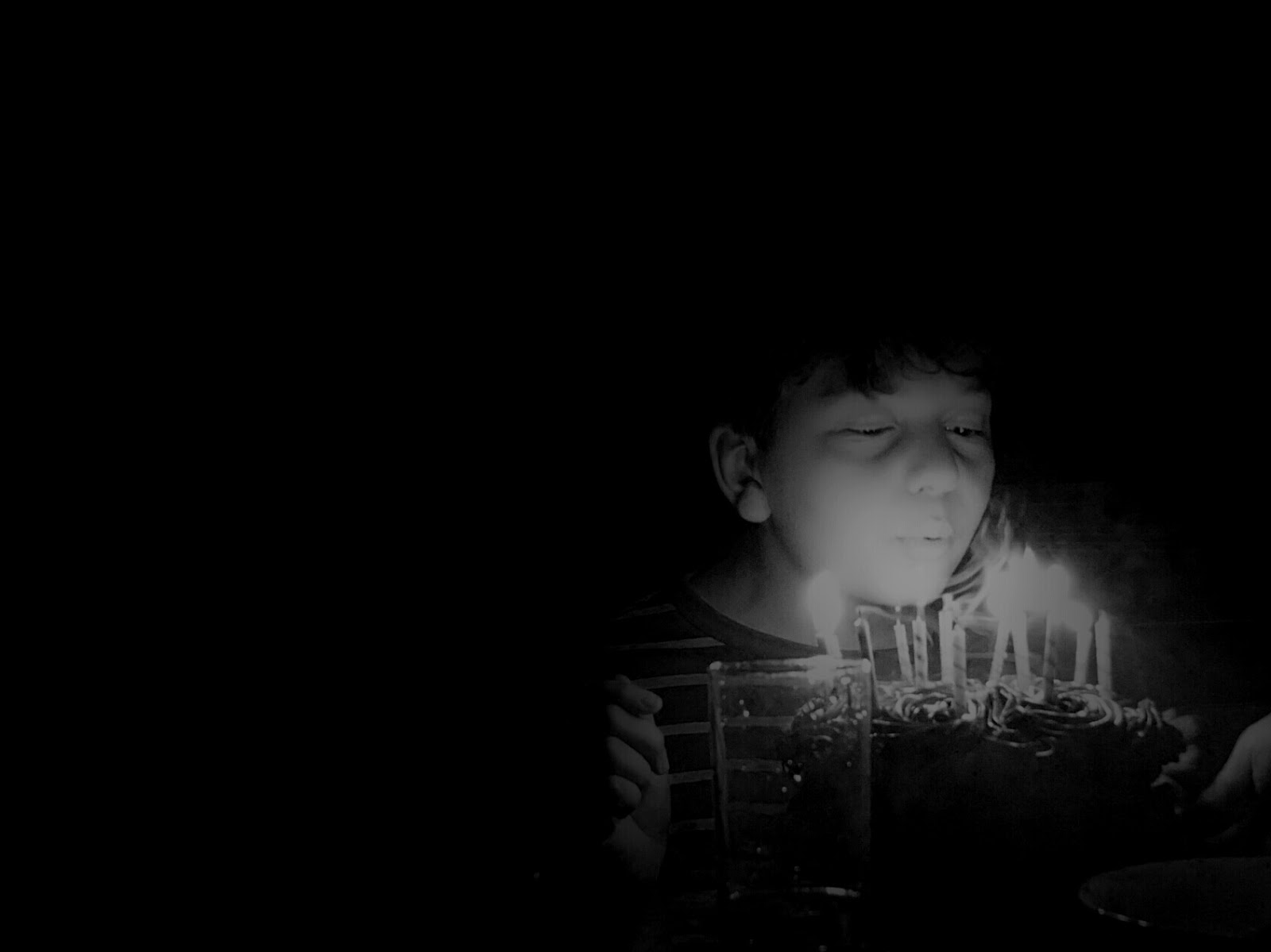 The histogram for this photo would be bumping right up against the left hand side on the histogram because, proportionally, lots of the pixels are black or near black.  This doesn't necessarily mean it was underexposed however, as this is (sort of) a value judgement - it was exactly what I was aiming for however.  Just look at that twelve year old blowing out his birthday candles! 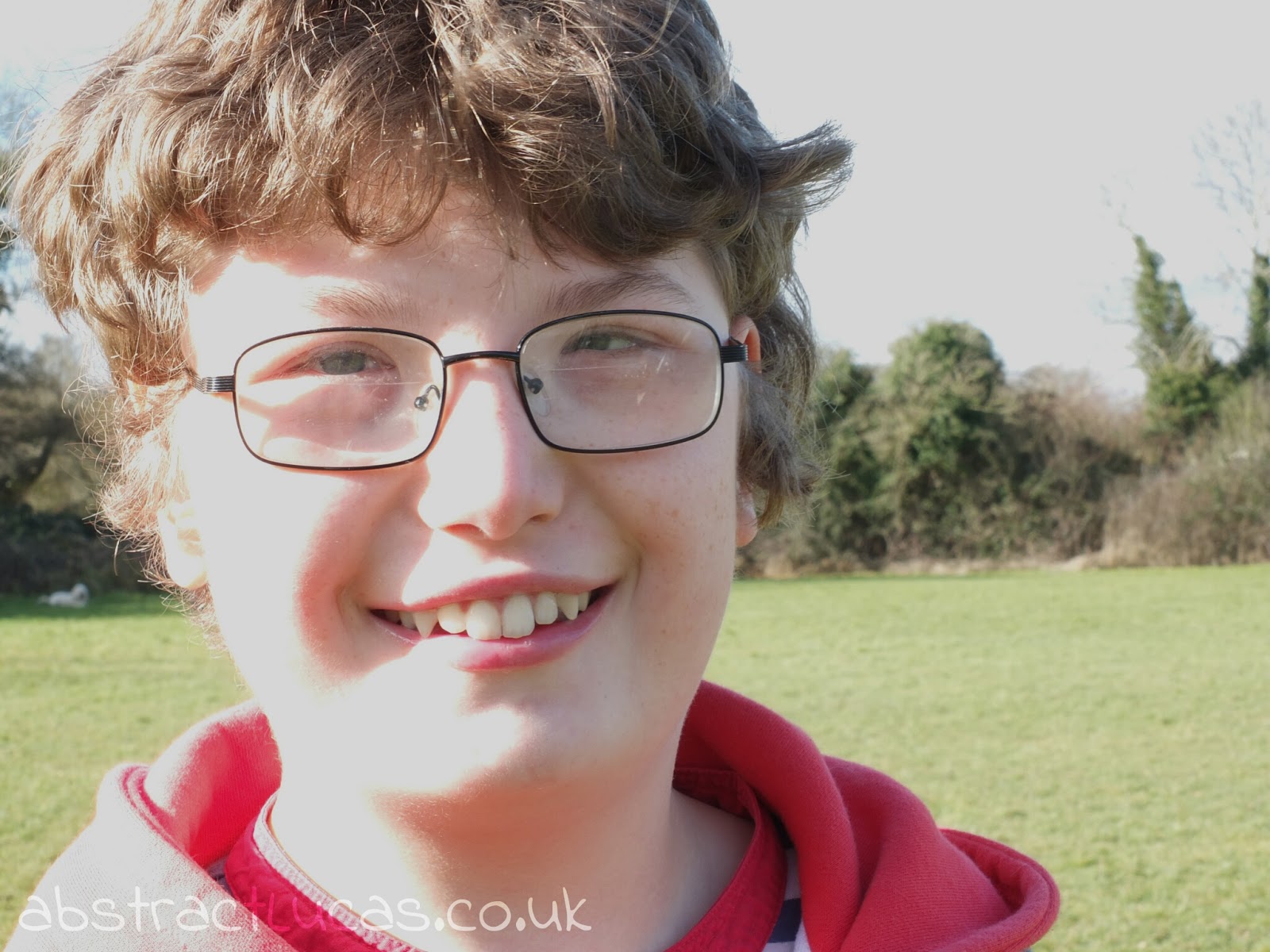 This photo of Smiler is overexposed.  The histogram would have tall lines at the very end on the right, indicating some completely white pixels - these are the parts of the photo where the highlights on his face are so light and you lose the detail completely. 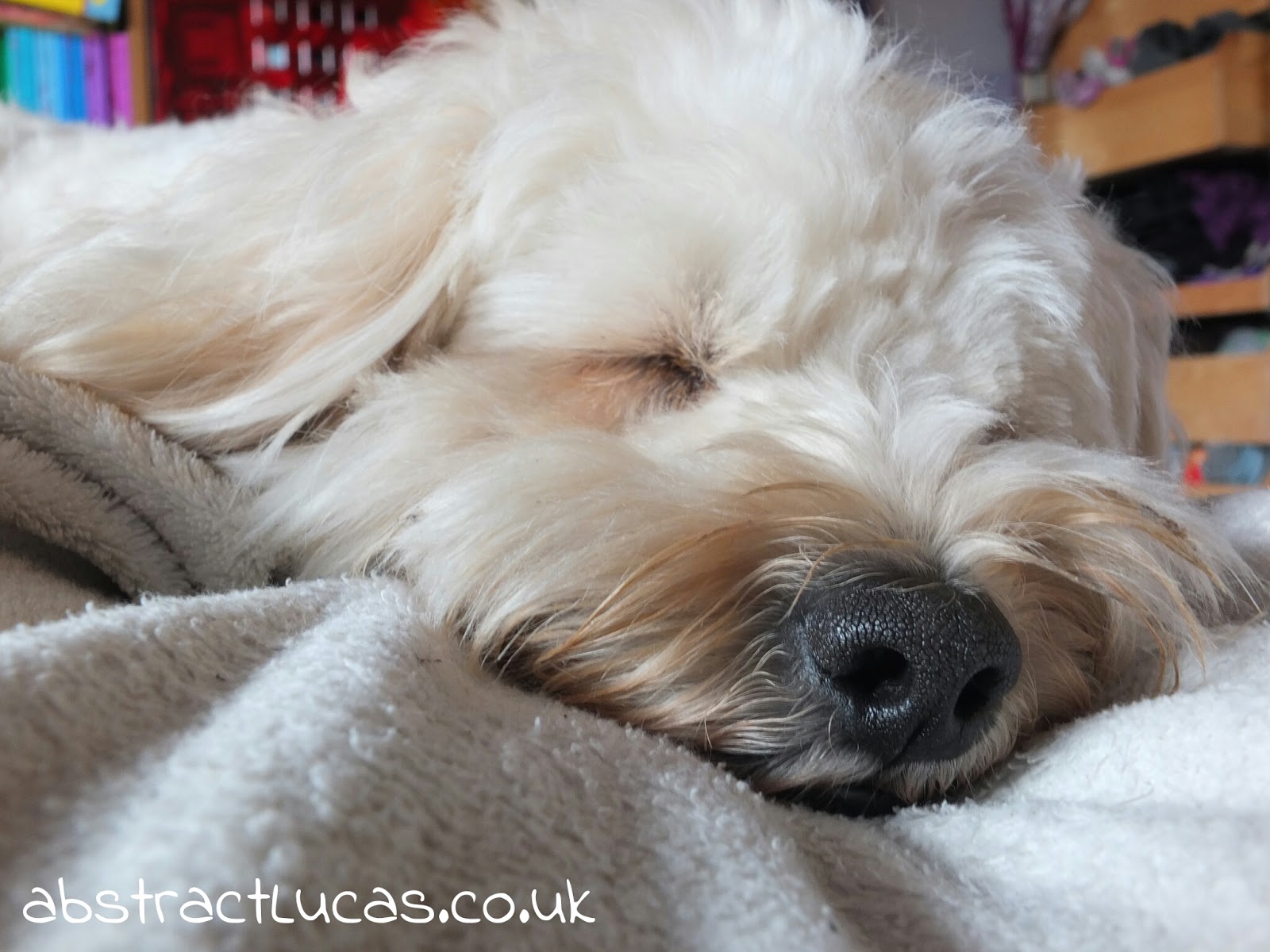 This picture of Eli would also have a very right side leaning histogram, because of all the light colours, but isn't overexposed.

My mission for the week is to get a bit more practice taking photos of the kids doing their usual day to day things.  I think the aperture / shutter speed / iso relationship is starting to sink in, I've found the composition stuff quite instinctive, and portraits are sorted (as long as I'm outside or have a window and don't have to worry about lighting), so I think getting ordinary everyday photos of the kids is now at the top of my list.  After all, it was the brain cloud stealing my memories that prompted me to get the camera in the first place!