Warm Up Bristol - the show home 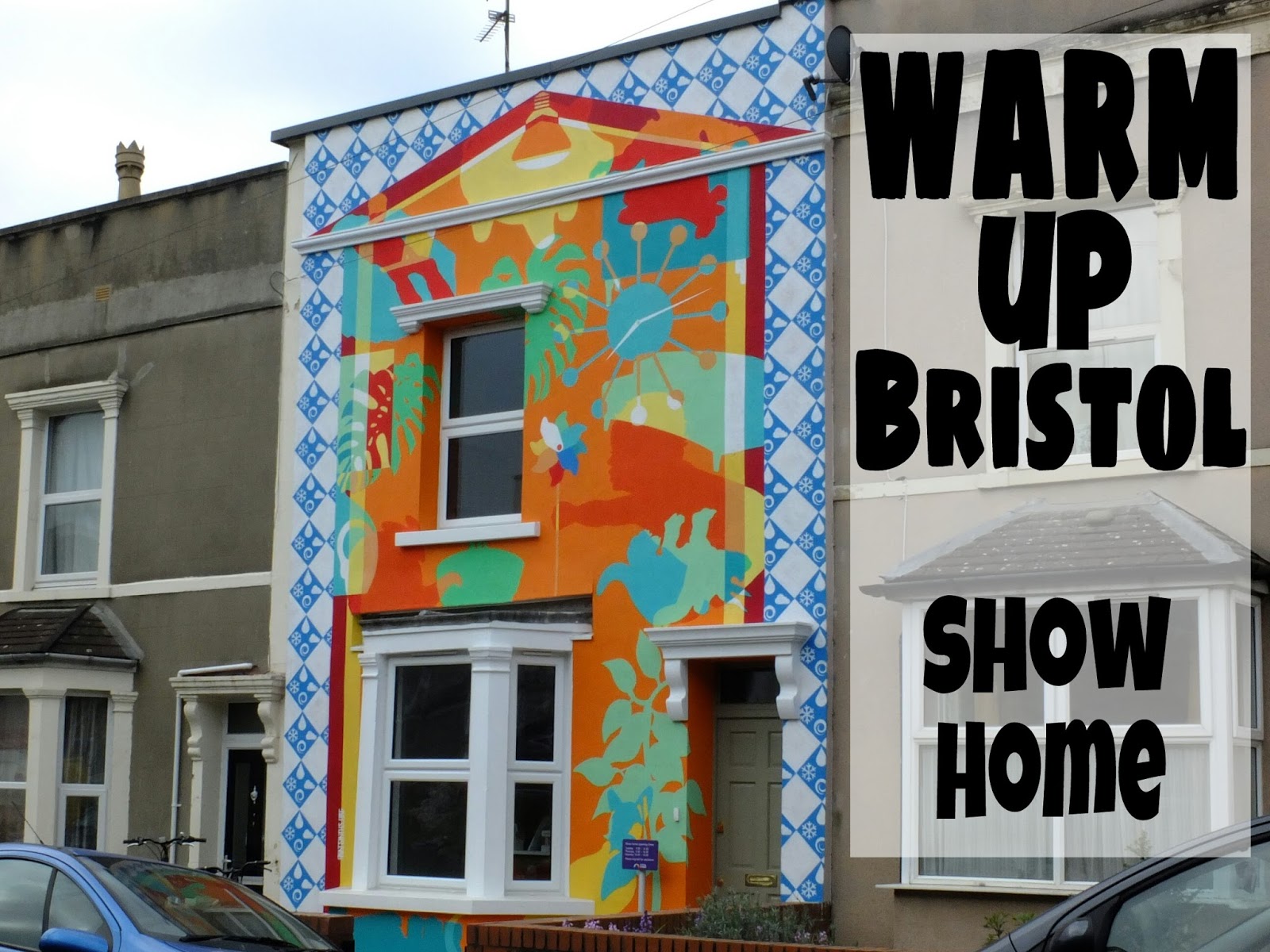 While I'm pondering kitchens and french doors and accessible showers, Mr Manley is researching various eco technologies and measures to keep the utility bills down.  Theory being that moving from an eleven year old three bedroom bungalow to a one hundred and thirty five year old four bedroom semi-detached house might be a bit of a jump.


Even at this stage there is already a 'this needs doing' list, including replace the old double glazing; take up the carpets; replace the boiler; get rid of the ancient aga; installing an electric charger for the car.  The plan is that by making sound choices at the beginning and adopting certain green measures there will be less disruption than if we leave it until we've moved in, and (hopefully) slightly lower utility bills for this victorian house then there might otherwise be.

This means we need to be doing the research now, and so this morning Mr Manley and I visited the Warm Up Bristol* show home.  This is an ordinary house in Easton which, with the support of the council, has been stripped back and fitted with a range of measures designed to reduce energy usage and carbon emissions.  It's run by the Easton Energy Group, a community organisation committed to providing advice and support for local people to reduce their energy consumption.


Open from 9:30 to 4:30 on Tuesdays and Thursdays and 10:30 - 2:30 on Saturdays, the show home is located on one of those tiny roads in Easton off of Stapleton Road that you drive down while crossing your fingers you won't meet anything coming the other way.  Once you're on the right road it's easy to spot, with an incredible mural painted on the whole of the front of the house - the more you look at it the more shapes you can identify - I'm pretty sure I've found an upside down dinosaur. 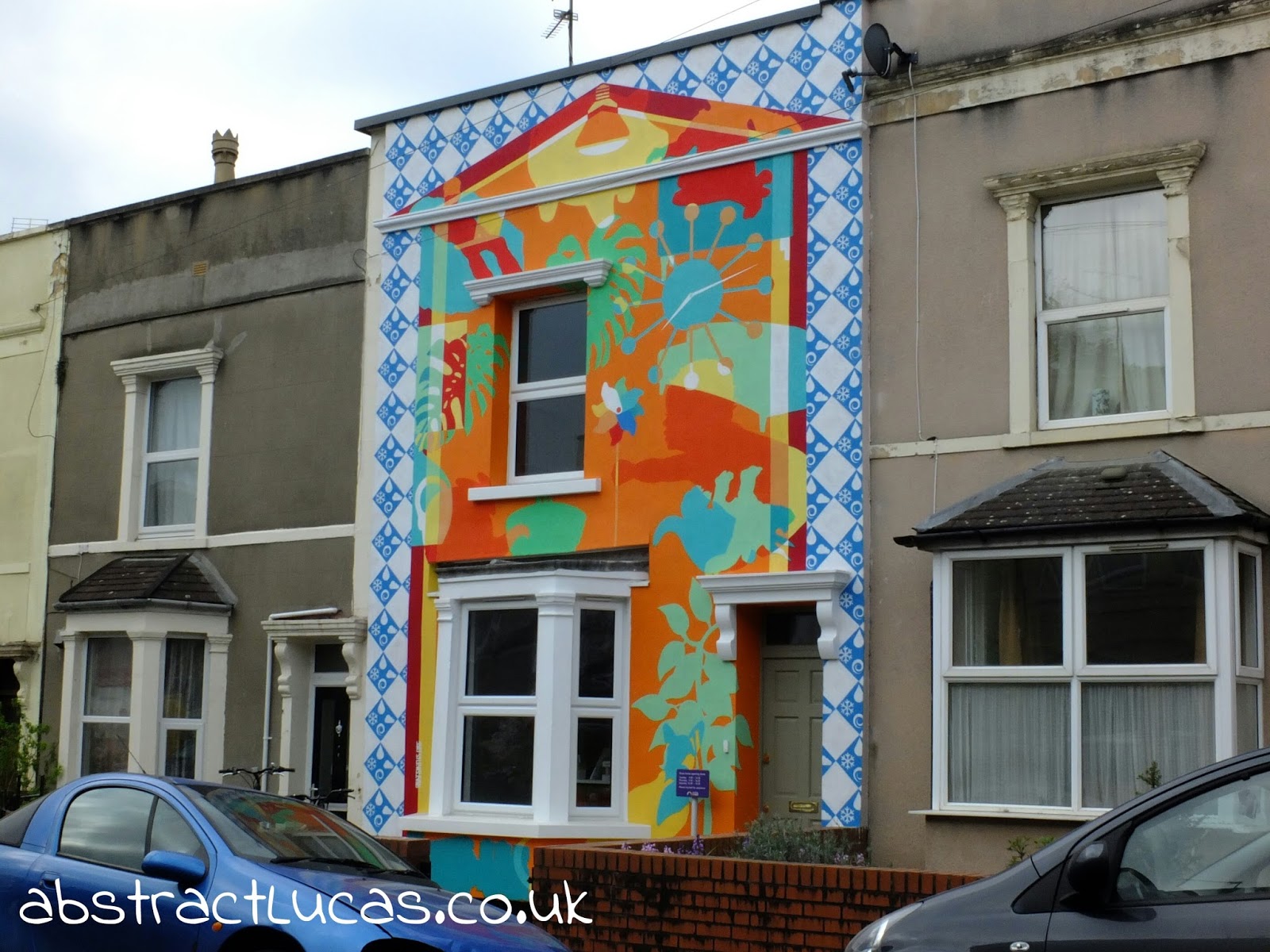 Inside the show home we found Nigel, who clearly knew his stuff, and was enthusiastic and yet realistic when explaining what measures we could see in situ and their potential benefits and drawbacks.  Very conversant on the government Green Deal initiatives that Mr Manley keeps trying to explain to me, Nigel was happy to discuss the significant measures that might be relevant to our new house, as well as those with far lower cost implications like light bulbs.  There are a range of measures to nose at, including internal and external insulation, a fancy heat exchange system, and water conservation ideas like water butts and extended guttering. 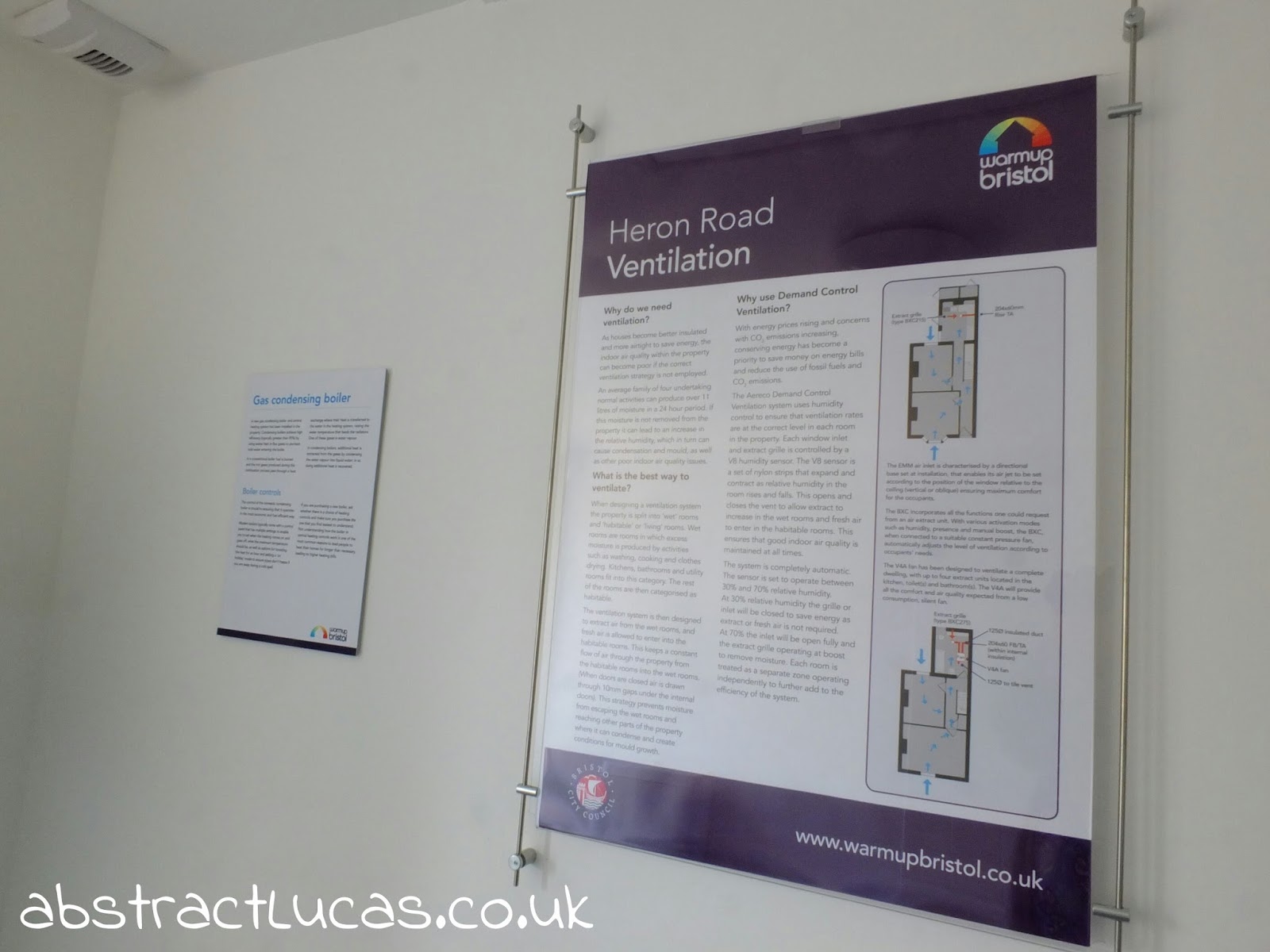 There are displays around the show home explaining what you can see, why it was chosen and how it works - big diagrams with labels make it understandable to someone with my (pretty basic) level of knowledge and as Nigel showed us around he explained everything anyway.  Bristol City Council logos abound, but since they've provided the lions share of the funding I guess that's to be expected.  Bearing in mind all the cuts in local authority funding I was impressed to see they have actually put their money where their mouth is and supported this initiative to help reduce the energy bills faced by ordinary families living in the city.  By linking to the Green Deal and other national measures to improve energy efficiency the council have been able to dovetail their information with national funding, which I suppose makes them look good as well as ticking various boxes - Bristol is the European Green Capital 2015, after all!

The show home is a work in progress, with solar panels the next on the list, and we plan to pay them another visit further down the line.  Do check out the various websites if you're interested, and visit the show home if you have the opportunity - it is well worth a nose if you're wondering how you can reduce your bills a bit as well as your carbon footprint.  The small garden of the show home was filled with sunshine, and the contrast between the crisp clear lines of the new render and the blue sky with hazy white clouds called out to the photographer in me, so I'll leave you with this image. 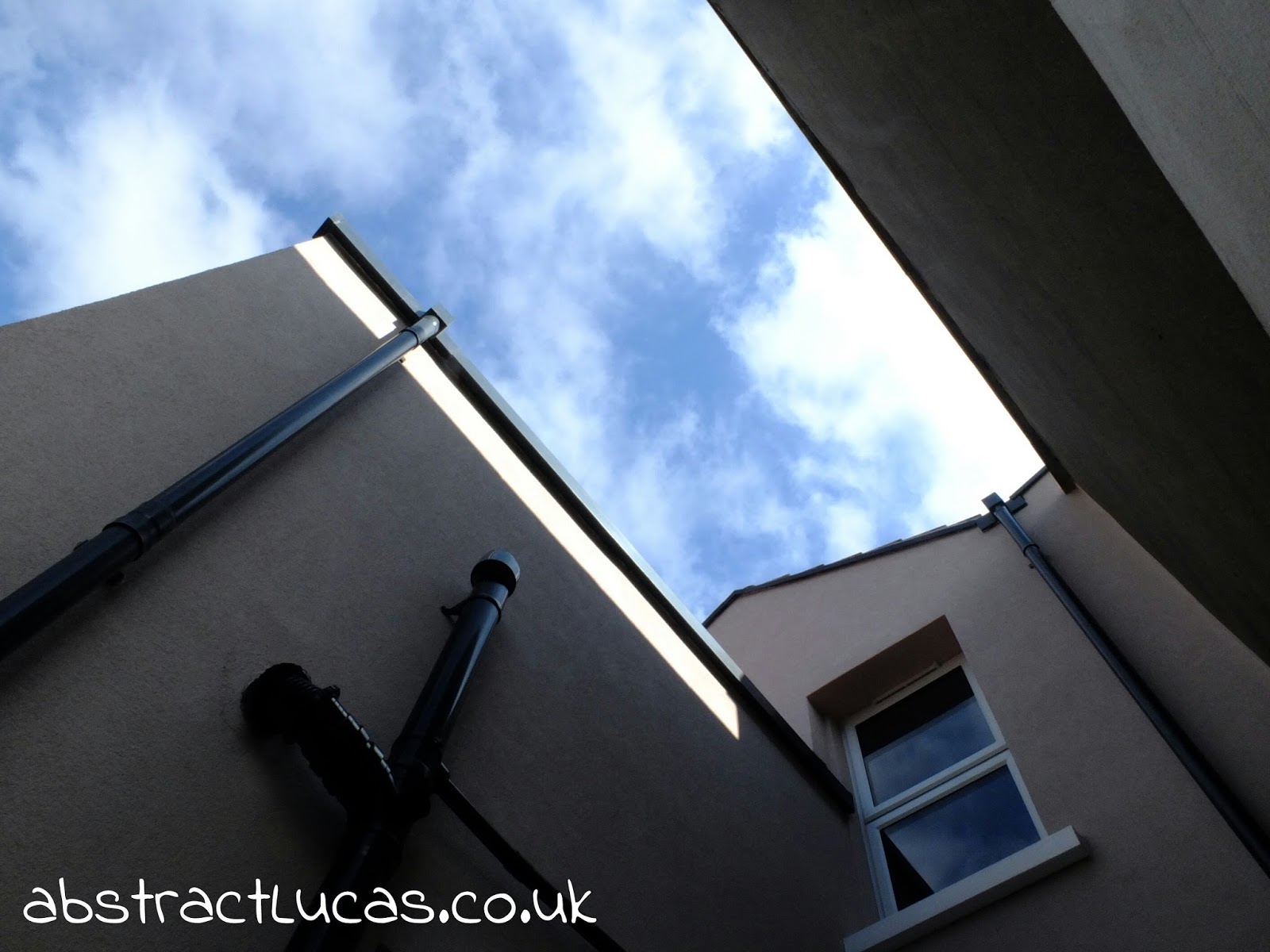 * The Warm Up Bristol website gave my tablet a bit of a panic attack, with warnings and red text about how it wasn't secure or it might be part of a nefarious plot to steal my identity or bank account or kidney.  It's obviously up to you if you choose to click through - my thinking was that the links I used were from the Bristol City Council website, and they are unlikely to be involved with plotting to steal my kidney.  But then you never know.  I have informed the council about the scary red writing, they tell me they've passed it on.