When we visited Bristol Aquarium at the beginning of the holidays I was expecting the starfish, the lion fish, the seahorses and the turtles, but I have to say, the polar bear caught me by surprise ... 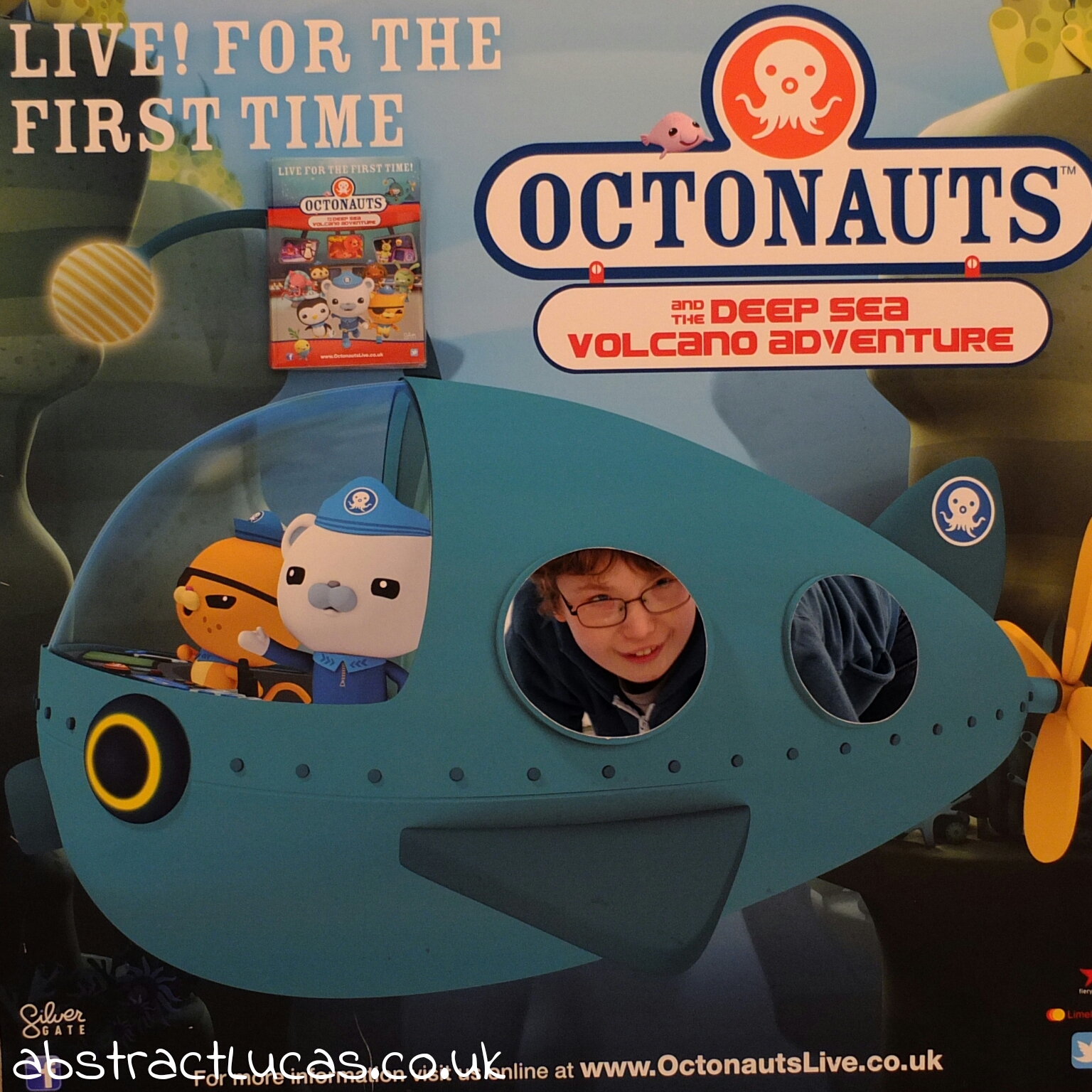 ... but turned out to be a highlight for Smiler!

A big Octonauts fan for several years now, the books are currently in circulation (in his room, in the car, in his bag, in the van ...) so he was very pleased to see that the live show coming soon (to Bristol Hippodrome) meant colouring sheets at the aquarium.  But it also meant Captain Barnacles at the aquarium... 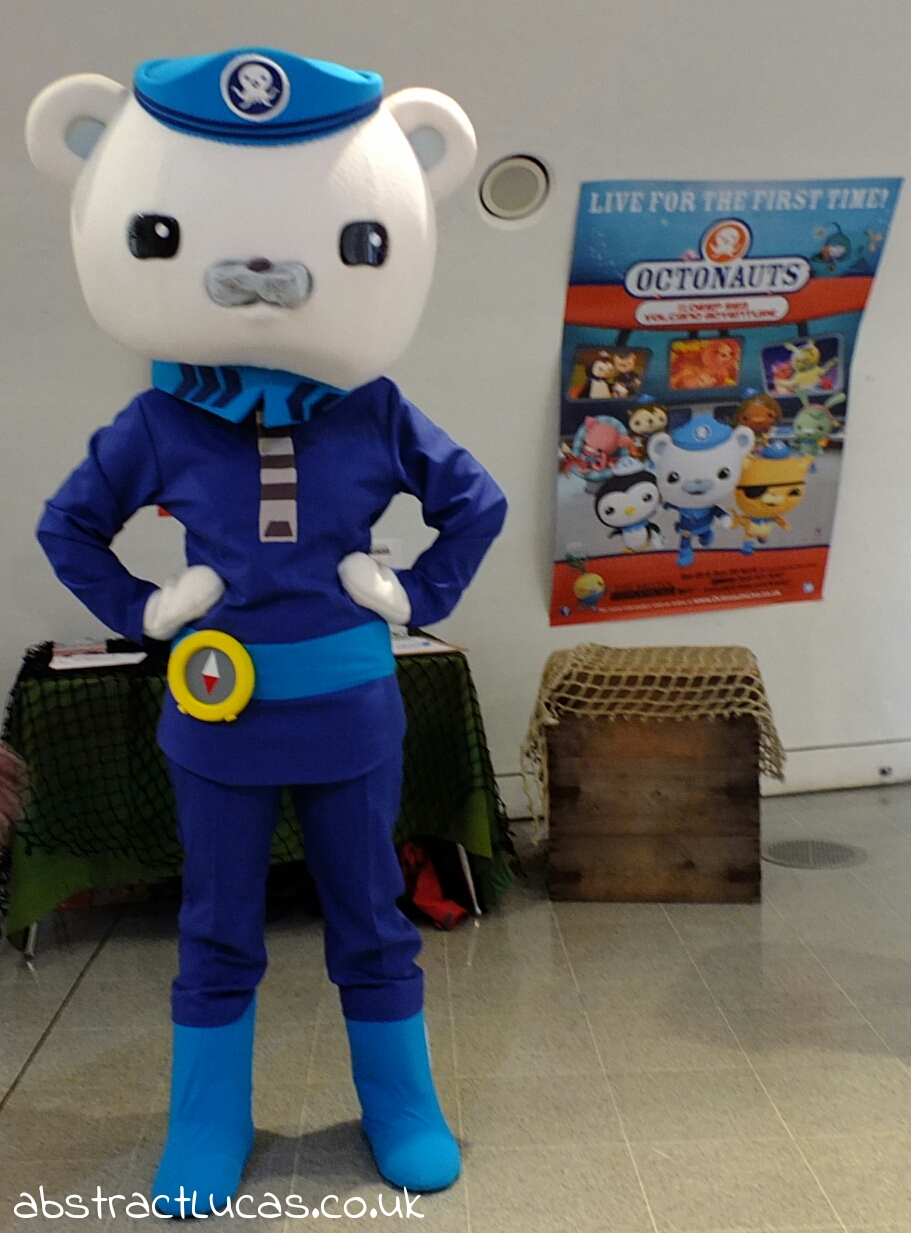 Smiler struggled.  People dressed up like this are confusing for him - Captain Barnacles is on the TV, but in front of him; a cartoon, but real; he can move his arms and legs, but his face doesn't move and he doesn't speak - this is difficult for Smiler to get his head around I think.  But - and I have photographic proof - they shook hands!  I know that might not sound like deal much to everyone out there with ordinary kids, but let me tell you how this goes with Smiler.

Step One : We see there's going to be someone dressed up at a place we are going to.

Step Two : We then choose between option A or B
Option A - we tell Smiler. He is then obsessed with this for the next [insert number here] minutes / hours / days / weeks, repeating it over and over, checking with us about it, stressing over it.
We go to the place, see the character, and Smiler is almost hysterical.  As though the character is a bright light,  he won't look at them directly, but is so excited he can't speak or go near them.
or
Option B - we don't tell Smiler until he is about to come face to face with the character or an un-ignor-able hint (such as a massive poster and a queue).
We then tell Smiler or stand casually next to the character or un-ignor-able hint waiting for him to spot them / it.

Step Three : He shakes and stutters and points at them but still won't look at them directly.
He refuses to go closer.  If they approach he will move away, or shout, or (embarrassingly) push them away, while still not looking at them.
He tells us one or more of the following three things :
¤ he's tired and wants to go home;
¤ he's hungry and wants something to eat;
¤ he's broken his leg and must go to the hospital.
Still not looking at them.

He pouts and refuses to say anything other than a combination of the three options above until we move him away from them still not bloody looking at them.

Step Four : We leave, and Smiler spends the next three weeks telling us he wants to meet whoever it was and shake hands or give them a high five.  He cries when we tell him this isn't possible.

Step Five : For the next two years, every book / toy / programme / mention or reference to that character (even an indirect one) or the place they were when he saw them leads to a ten minute discussion about the time he saw them / they were there and he didn't get to shake their hands or give them a high five. 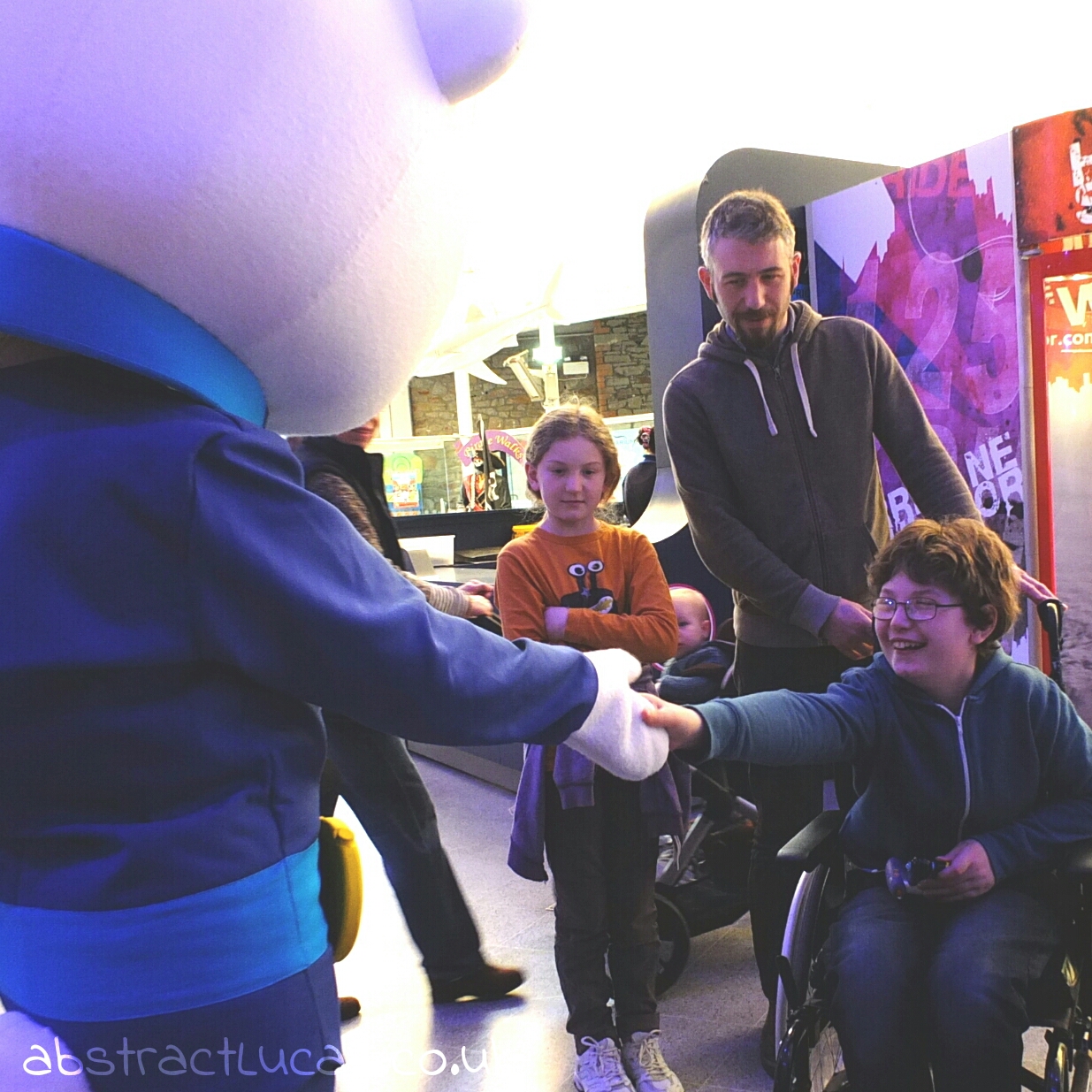