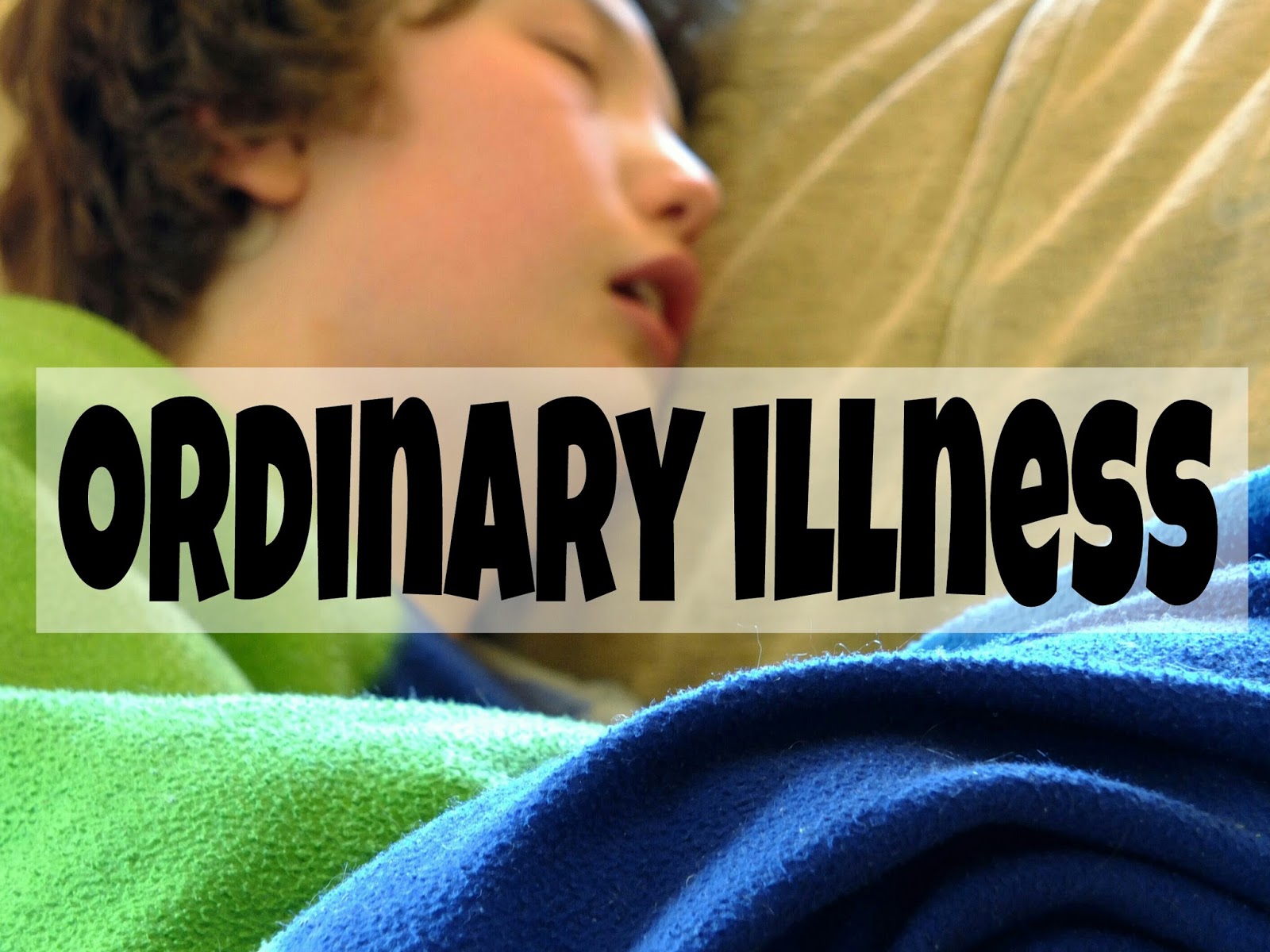 It's weeks like this that remind me all over again about the sheer relentlessness of having a child - correction - teenager with additional needs.

Complete with headache and coughing and a runny nose.

But he can't blow his nose - he doesn't get how.
His temperature regularly in what's technically a 'danger zone', because his body isn't able to regulate it effectively.
Needing attention around the clock.
Like a tiny baby, or a needy toddler, or an elderly relative.
But he's none of these.
He's thirteen.

Not the dramatic spontaneous nosebleeds that mean we need to get him into a&e for artificial clotting factors and maybe a transfusion.
Not any of the surgeries we've been researching for years, reading medical journals and questioning consultants about.
Not anything from the list of health challenges he's "likely" to face - leukemia, kidney failure, intracranial hypertension, testicular cancer... it's a long long list.

Just a week without three solid hours of sleep.
An entire week during which I have not crossed the threshold of the front door.
Taking temperatures hourly, and basic neuro obs to check if he's hallucinating or slipped into status (basically an unending seizure) because he hasn't been able to keep his meds down.
Standing in front of the fridge, realising that I've only eaten cereal and bagels for the last five days, and now there's no milk or bagels left.  Cannot comprehend chosing something else to eat - everything else is just too complicated.
Reordering meds because he finished the new bottle of calpol already.  Yes, I know we only got it on Tuesday.
Washing sheets and towels and pyjamas and blankets, all covered in sweat and sick and snot and spilled drinks.

Just constant sniffing and sneezing and coughing and groaning.
Throaty pleas for another familiar film, so he can zone out while being comforted by the know-it-off-by-heart dialogue.
Looking at me with pain in his eyes, asking without words why I'm not making him feel better.
Slow snores, catching in his throat, as he dozes on my lap.

Just the all too familiar rhythm of Mr Manley and I, playing tag with times and temps and meds, each needing time out, away from the grumbling groaning moaning sticky sweaty snotty young man we both love dearly.

Get widget
at Tuesday, May 05, 2015
Email ThisBlogThis!Share to TwitterShare to FacebookShare to Pinterest
Labels: just a cold, parenting a disabled child