Deep jaw pressure and the need to chew

I talked here about Smiler's Sensory Integration Disorder (SID), and some of the difficulties it has caused over the years.  One of the most obvious sensory inputs that he sought was deep jaw pressure.  This helped Smiler relax and cope better with what was going on around him - hurrah - but the way he was getting this was by sinking his teeth into his forearm/hand/fingers - boo hoo.  With his level of understanding and his genuine need to use his teeth, the sensible answer seemed to be to find something else to bite.  He went through periods of chomping on his clothes too, which seemed safer than his body, but was bloody expensive!  You could put a new tshirt on him in the morning and by lunchtime the neck was soggy and littered with little holes, by teatime he'd have made serious headway all around the hem at the front, and if it had long sleeves the cuffs would both be completely trashed by bedtime.  One tshirt, one day.

My thinking was that he needed something easy to grip and lightweight; non toxic; solid enough to provide that deep pressure he was looking for; sturdy so he wouldn't bite pieces off; big enough that he wouldn't swallow (or try to swallow) it; washable or disposable; and not stupidly expensive!  In case anyone else is facing a similar quandary, I wanted to get you started with a few ideas, so here goes...

Depending on the age of your child, these might be worth a try, and have the advantage of being a mainstream item you can pick up in a supermarket so not too demanding budget wise. 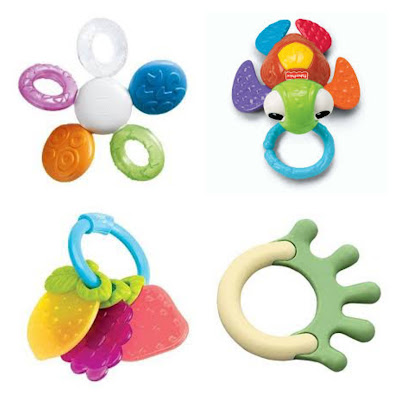 Because they're designed to be chewed (duh!) they tick most of the boxes - non toxic and so on.  It's not tricky to find veco straps to use to attach them to car seat belts to keep them within reach, some have gimmicks which might completely float your child's boat like being freezable, or warmable, or extra nobbly.  Smiler loved them when he first started trying them, but his strong sharp teeth always won, and he'd bite through them. Once he really started chomping on them with his back teeth we knew it was the beginning of the end, and time to look for something that he couldn't destroy with such ease.

These were designed for increase oral motor skills, so to help learn how to coordinate the muscles of the mouth and jaw, and are a brand name, not simply a description!  These look like plastic hammers, available in different sizes, with various textures.  The shape means they're easy to hold (even for children whose motor skills are not great), they're lightweight, easy to wash along with the dishes (an important consideration if they're going to be chomped on and dribbled over for hours at a time) and some children love them - Smiler was not a fan however. 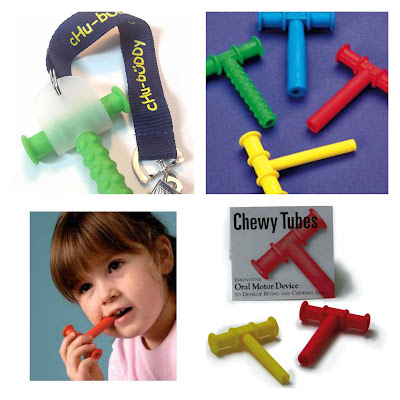 They're easy to source on this amazing world wide web of ours, just do a search for "chewy tubes".  Expect to pay about £8 each, or £12 if you go to a specialist retailer (you know how it works, tag it as suitable for children with special needs and increase the price).  Frustratingly expensive if your child looks at it once then throws it out of the window! 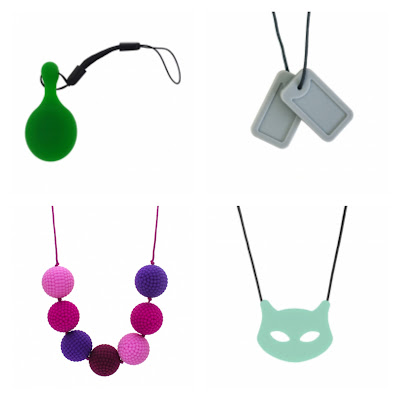 A range of things you can chew that don't look like things you can chew,  chewigems look fab for kids or maybe teens who don't want to look 'different'.  Pendants, dog tags (military style, not the canine kind), zipper pulls, bangles - these weren't available back when I was looking for Smiler, but I can definitely see the advantage to having something chewy to hand at all times.  Prices vary depending on which item you choose and whether you source it direct from Chewigem or via another retailer, but to give you an idea the berry necklace is £15.95 and the zipper pull is £11.50.

Now this one is a bit out of left field, but in my defence it was suggested by an occupational therapist (OT) specifically for Smiler.  Thera tubing is not designed to be chewed - it is a component of a resistance based exercise program and undoubtedly says in the small print somewhere that you shouldn't chew it, so don't chew it, okay? 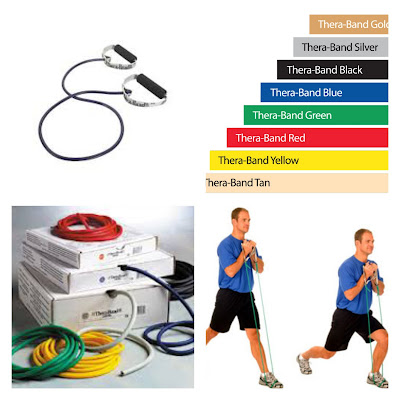 Having said that, you can source it at all the usual online retailers, but expect to find it tagged as 'exercise equipment'.  It's available from some places by the metre (costing anything between £3 and £10, depending on the resistance level and how much you're prepared to shop around), other places you have to buy a box which has about seven metres in as a tube with a hole through the middle (think drainpipe, but much much smaller and squidgy) or a flat band - for chewing purposes (not that anyone should chew it) you want the tube, and check for the brand name, Thera Band, which will be printed on the tubing itself.  The different colours are different resistances, so in that picture up there the softest/floppiest is tan, and the toughest/most firm is gold. 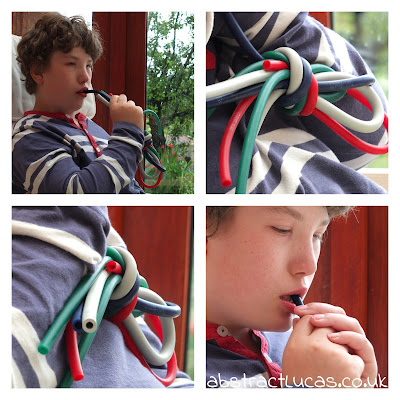 I found a seller on ebay who sold all the different colours by the metre, and had listed some off cuts and end of roll pieces (between 30cm and 70cm) for £1 each.  Those sizes might be no good for resistance training, but perfect for my purposes.  I knotted together several pieces of different colours so there was a choice, and handed them over.  He has two separate bunches which I circulate every couple of days so they get washed and have time to dry properly, and he can choose whether he just wants a nibble or a proper all out chew.

One last suggestion, and please don't dismiss it out of hand.  It's an idea that was - literally - whispered to me by another mum who told me it worked for her very chompy son when she had tried everything else she could think of.  He was the young man who lost two fingers to infections from chewing on them, and she was really embarrassed to tell me how and where she had found this heavy duty chewy that was obviously perfect for him. 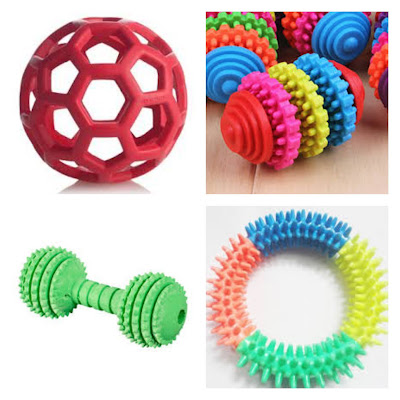 Non toxic, washable, inexpensive, textured, hard wearing... turns out it had originally been purchased for their German Shepherd.  So, my final suggestion,

So, maybe that's given you some ideas of things to encourage your sensory seeking child to chew.  Individuals can quickly develop preferences, and (if it's manageable moneywise) it's worth buying an identical one of any clear favourites in case of an emergency.  It might sound melodramatic but to some these chew toys can become a security blanket of sorts, and if you know they will feel the need for that security and you can't find that particular toy for whatever reason, you will wish you'd bought a spare!  Different families run to different rhythms, and it can be tricky sometimes to see outside of the box of our own experience, so even if you think it sounds like an odd idea, give it a go.   It might be exactly what your child has been trying to find.