Smiler and Open Up Music

So proud of Smiler, and wanted to share it with anyone out there who might read this.

It feels a bit like that advert for Calpol (all hail calpol), you know, the one that says 'if you've got kids you'll understand' - well, if you live in that world of special needs / additional needs / disability / whatever we're calling it this week,  you'll understand.


Smiler has been working with the folk at Open Up Music at school for months, which cumulated in a performance at Bristol Colston Hall on Thursday, which kicked off the Fast Forward Music Festival. 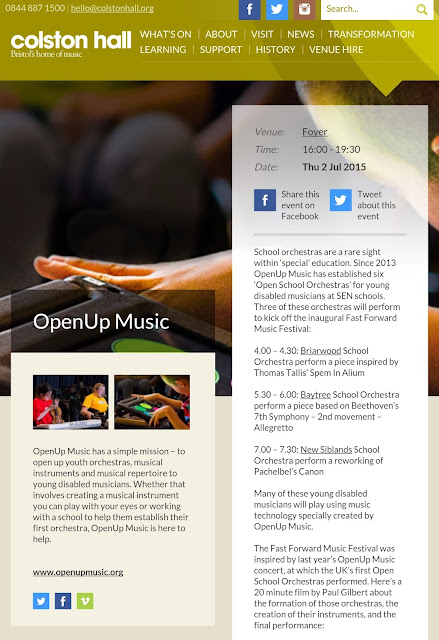 I'm struggling to find words, so here are some photos to show you how it went. 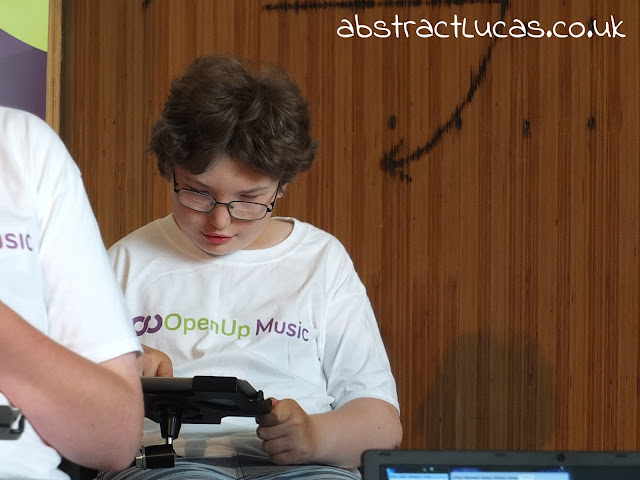 Smiler using the fine motor skills he struggles with on an ipad app developed by Open Up Music with him - long slow movements - a real challenge for Smiler, but he was fab!  Note the tshirt - a gift from the organisation that Smiler has asked to wear each day since. 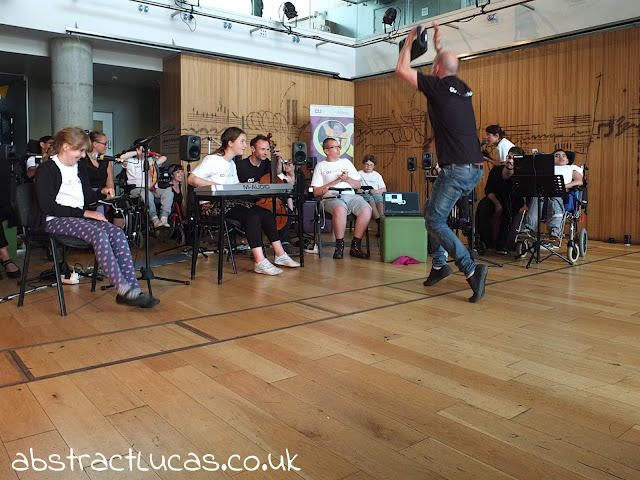 Here's Barry,  conducting this incredible school orchestra (including Doug playing the cello) - you can see how enthusiastic and utterly involved he is, and just look at the kids - they are completely focused on him.  His passion and perseverance when it comes to inspiring the students is amazing, and the vision and hard work of everyone at Open Up Music has created something really special. 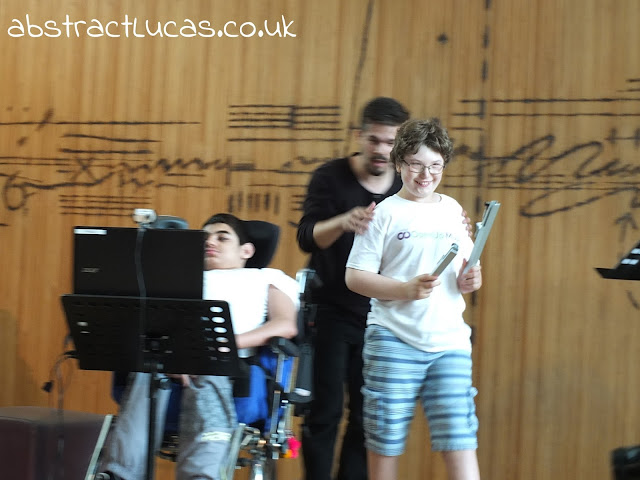 ...and we didn't know this bit was coming.   Smiler had stopped playing the ipad and was shuffling on his seat - I wondered what he was up to, but it turns out it was time to him to move to a different section of the orchestra to play another instrument... 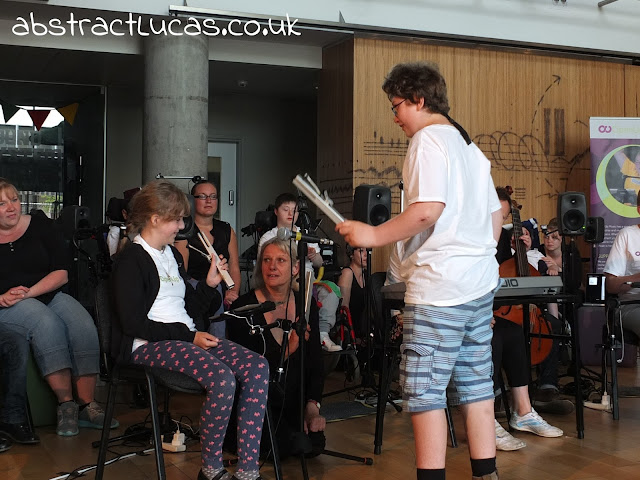 ...which he did with aplomb, although also with his back to the audience.  Ah well, you can't have everything.

Loads of staff from the school had come along to support the orchestra, and it was not only the families that got a bit misty eyed.  Although school is always really positive about Smiler, so much of what you do as a parent is unavoidably concentrated on what your child/teen can't do, or struggles with.  Those dreaded DLA forms, the hospital appointments, wheelchair clinics, housing adaptations (don't get me started!), prescriptions, physiotherapy, splints...  This opportunity focused entirely on recognising, supporting and celebrating the music that this far from ordinary school orchestra created, so thank you, Open Up Music, for sharing music with us all.