Smiler and the Very Specific Spectacles 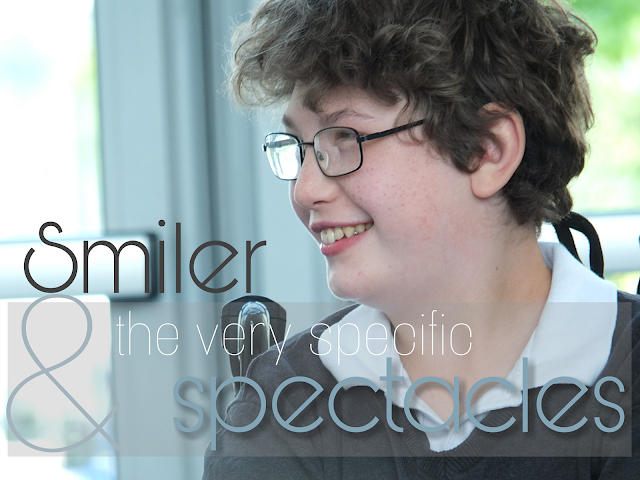 Smiler has worn glasses for many years, and it's always a struggle.  Not in him keeping them on - when he first got them he didn't have the coordination to use his hands to take them off, and once he did I think he was used to them.  Or maybe the various strapping-the-glasses-to-his-head methods that we used actually did work.  But to be fair, those tactics weren't about trying to persuade Smiler that he wanted them on, but more about convincing this miracle of engineering that it actually belonged on his face.


As with pretty much everything when your child has the kind of needs Smiler has, it's all much more complicated than you'd think.  First, there's the eye test itself - Smiler can't tell you the letters on the line one up from the bottom, or if the circle looks darker on the red or the green, or if those letters are clearer with number one, or number two.  We're very lucky in that Smiler qualifies for the specialist team, who either see him (no pun intended) at school or else give us an appointment for the eye hospital.  Of course, once he's 18 he'll no longer be eligible for them, and will have to see an 'ordinary' optician - a prospect that made me feel like my stomach had been replaced by a swirling hole of nothingness when I first found out.  His vision isn't terrible, but his weirdly shaped eyeballs combined with weak eye muscles, epicanthal folds, sensitivity to people's hands being anywhere near his head, and intellectual challenges mean that getting an accurate assessment of his vision is never going to be straightforward.

Then the next step is getting new glasses.

Glasses - it's all about the eyes, right?


Unfortunately not.  A pair of glasses also needs to take into account your ears, nose and the shape of your head.  How bad can it possibly be? I rather optimistically thought to myself when Smiler first needed glasses.  Of course the answer was that it could be very very bad.

Now, I love this boy, really I do, but he has a weird head.  His neurologist once commented that Smiler has "a head that is not, by and large, head shaped; with a face that is not in the place you'd expect his face to be, by looking at his head".  Thinking back, the list of dysmorphic features that clinical staff wrote out when he was born included reference to the size and shape of his head; lack of symmetry of size, shape, location and orientation of his ears; size, shape and positioning of his eyes; and his lack of nasal bridge structure, so maybe I was more naive in those early days than I realise, if I didn't realise immediately just how tricky finding glasses was going to be! 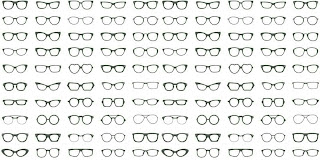 Say you start off with a hundred pairs of frames... 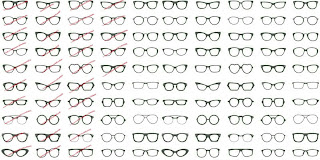 The frames need to be made of metal in order to be able to make all the necessary unique adjustments to try and fit them to Smiler's head, so when you take off those not made of metal, you're left with 65. 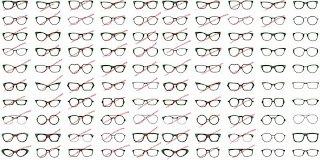 Smiler needs bifocals, and so that there is a reasonable amount of glass of each prescription, the lens needs to be pretty large.  Not ridiculously massive, but on the big side.  That takes the 65 pairs down to 18. 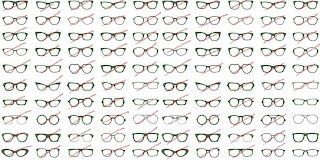 As Smiler is under 16, he gets free glasses, to the value of the NHS voucher.  As his glasses need to be regularly fixed and replaced, we don't have the money to pay extra every time, so if we're only looking at NHS voucher priced ones.  That knocks off three quarters, leaving four. 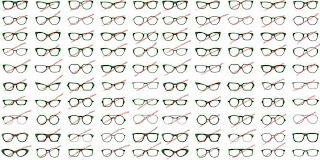 The arms of the glasses need to curve far enough round his ears to have at least a bit of a chance of staying on, which takes the four down to two. 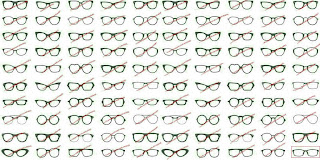 These glasses will be on and off of Smiler's face regularly through the day, so are going to have to cope with being squished by his safety helmet, licked by the dogs while they're licking his face, pulled off not-especially-gently, put back on not-especially-gently, and cleaned fairly regularly (how he gets bogies and gravy and glitter and finger paint on both sides of both lenses on a daily basis is completely beyond me).  They need to be strong enough the handle the handling - which rules out another one of the two.


This means we have a winner, ladies and gentlemen - one pair of frames to rule them all, and if they're luminous yellow or decorated with peacock feathers and look like a pair that Dame Edna discarded for being a bit much, they will still have to be Smiler's glasses.  What they look like is irrelevant, if they will keep the little bits of glass approximately in front of his eyes without driving him (or us) up the wall.

Course, once the frames have been picked out it takes another week or two for them to be made up, then we have to take him in to have them fitted.  Since having a difficult experience at a nearby independent opticians we had always chosen to go to a supermarket, knowing that parking and access are straightforward, even though it seemed sometimes that the people qualified to sign off on glasses for a person under 16 worked only within school hours, or only on Wednesdays during the first half of the year, or only between 10:17 and 11:41 on odd numbered days in months with the letter A in the name.  Anyway, although Smiler had a sight test at the eye hospital in August, I had (oh, the parental guilt) put off getting new glasses as his prescription hadn't changed much and there were always too many other things to do that were more important.  Up until his glasses came home last week twisted out of all recognition - they were kind of folded in half and then wrapped around on themselves, and I'm really still not sure quite how he managed it.  So there was no choice - it was time to go glasses hunting again.  Oh joy.  Rather than go to the supermarket (which is a different one now that we've moved) which were a nightmare with Noah's last month, we opted for a local independent opticians which had been mentioned way way back in August.  How bad could it possibly be, right?

This bad, is the answer, using the 1990's definition of bad, which meant good.