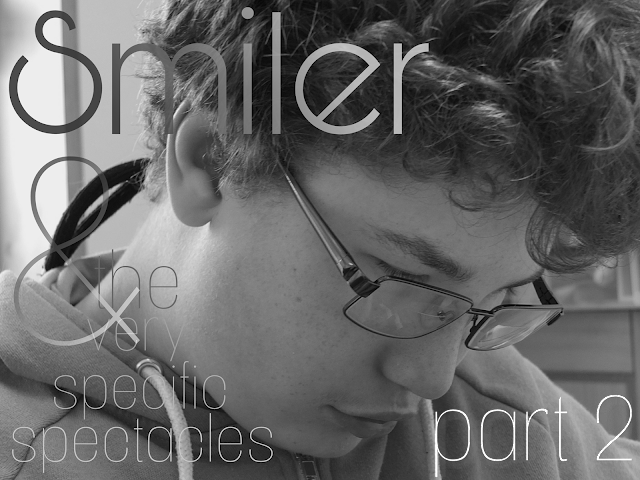 Complete aside to getting glasses:

You have to pick your battles when you're parenting a young person like Smiler, and you have to accept that you can't make everyone see the incredible smile and the great sense of humour and the twinkle of mostly harmless mischief in those eyes - some people will only ever notice the wheelchair and the jerky movements and the noises.  But every time someone looks at him with pity, it hurts.  Swift and silent and sharp, like a dagger through the ribs, it hurts as I see him dismissed and overlooked, but so often there's nothing I can do.  I can't make people see what I see.  But even recognising that hurts too - a duller pain, a tired ache that clouds my joy in him.  An endless source of parental guilt, feeling I should do more, why didn't I say this or that, why didn't I grab them and force them to acknowledge all the good stuff - all the marvelous jokes he's made, the hugs he's given, the awfulness he's had to deal with and has overcome, and with such grace...but they don't see that - they can't.  And I can't make them.


Back to the glasses.
So we - I - had put it off.  But when his glasses were sat on (actually properly sat on.  By Smiler.  Don't ask me how - I have no clue) we had no choice.  It was time - it couldn't be put off any longer.  But really, how bad could it possibly be?


We visited Turners Opticians in Fishponds, and it turned out not to be bad at all - not at all!  A lovely lady directed us to her more experienced colleague, but sorted out some admin for us and chatted while we waited for a couple of minutes.  Lovely gentleman listened to the things we needed him to know about this, showed us a couple of pairs that might work -ish, then found some that ticked all the boxes - This has never happened I wanted to shout at him, but I thought that might make me look a bit peculiar.  We've never found a pair that weren't some sort of compromise before, in over ten years of glasses wearing.  He casually chatted to Smiler as he took the measurements he needed (involving nifty little rulers and things), and commented that he would switch out the stiff plastic nose pad bits with softer squishier plastic nose pad bits (there's a chance that might not be the technical term) so they would be more comfortable for Smiler to wear for long periods.  I should point out that by this time I was a tiny bit in love with the man,  A moment later I was certain I'd misheard when he said they should be ready to collect on Tuesday - we're used to that car mechanic type slow inhale and exhale followed by "well, it'll be three weeks I expect, since they're bifocals" - three days (two if you don't count Sunday) seemed ludicrous.  Lovely Man offered Smiler a high five, and we were done.

I did think afterwards that it all seemed a bit too good to be true - maybe my love had deafened me instead of blinding me, and he had meant three Tuesdays time?  Or that they would cost a mere one hundred of your finest English pounds?  Or that they would for Smiler perfectly if only he had that teeny bit of plastic surgery and moved his face two inches further around on his head?

Still there we were, collecting Smiler from school on Tuesday when we got a call saying they had arrived.  And Turners is on the way home from school, so what choice did we have?  They were equally lovely when we popped in, and recognised Smiler immediately which shows that there is consistency of staffing - another of those elements which make such a difference in helping Smiler feel secure and therefore cooperative. 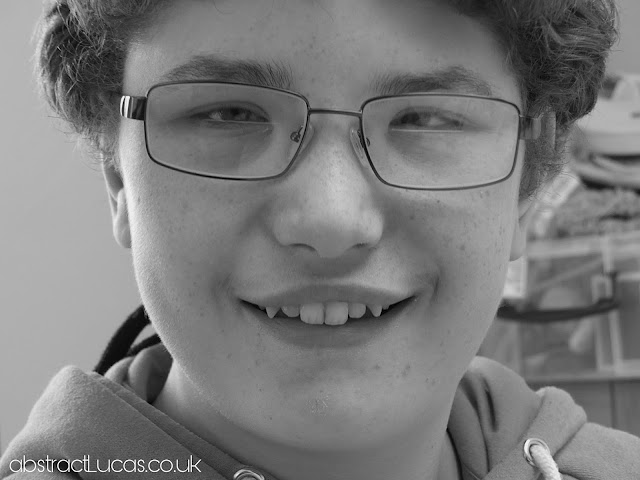 So, to all the staff at Turners, whether I'm in love with you or not*, I wanted to say thank you.

We say these words so often that they're pretty much meaningless now, and instead of letting you know how grateful I am for what you did, it sounds trite, and empty.  So I'll be clearer.

Thank you to the lady on the phone, when I rang on Friday night to ask how busy your opticians is on a Saturday, and didn't even pause when I asked about access before explaining that you have a ramp and that it's usually pretty quiet first thing.

Thank you for taking wheelchairs (and pushchairs and walking frames) into account when you decided where to put chairs and displays and mirrors and desks in your store.

Thank you for approaching us when we bundled in from the cold that Saturday, the five of us, complete with wheelchair and ever-so-slightly terrified expressions about how this was going to go.

Thank you for recognising that this wasn't going to be straightforward and seeking assistance from another, instead of smiling a fixed smile with your eyes a little wide and hoping for the best.

Thank you for smiling and making eye contact with Smiler, greeting him and making him feel welcome.

Thank you for listening as I listed the details which needed to be taken into account, instead of immediately assuming you knew what would be best.

Thank you for not making me feel I was being judged as I explained we don't want to top up the value of the NHS prescription voucher.

Thank you for taking the time to explain why you recommended what you did, instead of thinking I wouldn't be interested or didn't want or need to know.

Thank you for working with my son, as you took the measurements you needed, for disguising any impatience with chat and encouragement.

Thank you for listening as he spoke, for reading in between the lines and responding to him.

Thank you for that high five you offered him as we finished - he was delighted, and you can't know what it means to us to see him invited to join in with ordinary things like this.

For the record, this is what you get when you ask Smiler to smile. 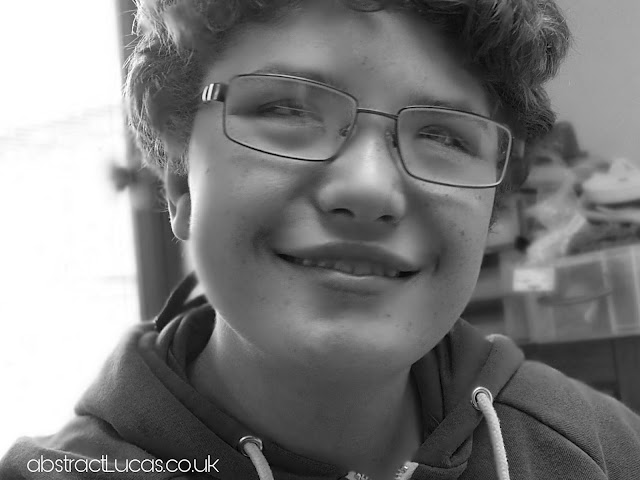 Get widget
at Monday, February 20, 2017
Email ThisBlogThis!Share to TwitterShare to FacebookShare to Pinterest
Labels: choices, parenting a disabled child, things that shouldn't be this complicated