Festival of Lights at Longleat 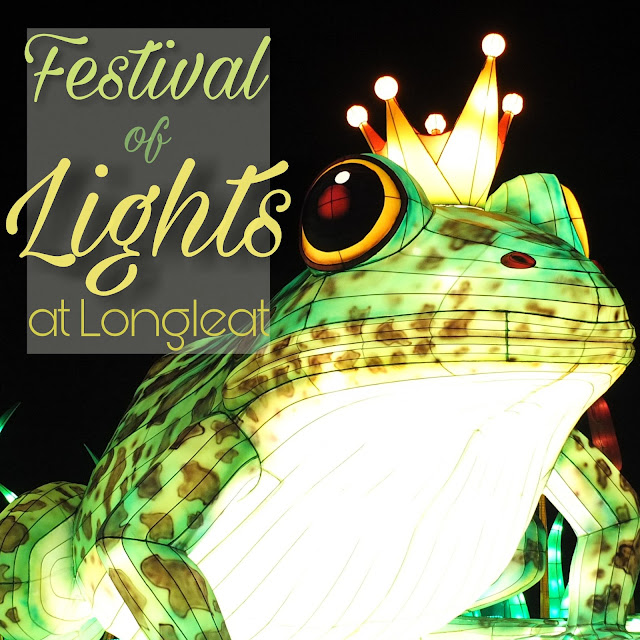 Some years we go to Clearwell Caves, some years Westonbirt, but this year our family christmassy lights trip was to Longleat.  It might be best known for the safari, but every year Longleat build a lantern trail around a specific theme, and create huge illuminated sculptures to surround the paths.


This year the theme was Hans Christian Andersen's fairy tales, with each scene linking on to the next by using woodland creatures and vast trees.  Each scene had a panel which told you the name of the fairy tale and shared a quote from the text which was brought to life by the sculptures - handy, as my fairy tale knowledge is rusty and probably more Disney and Once Upon A Time based than I'd technically like it to be... 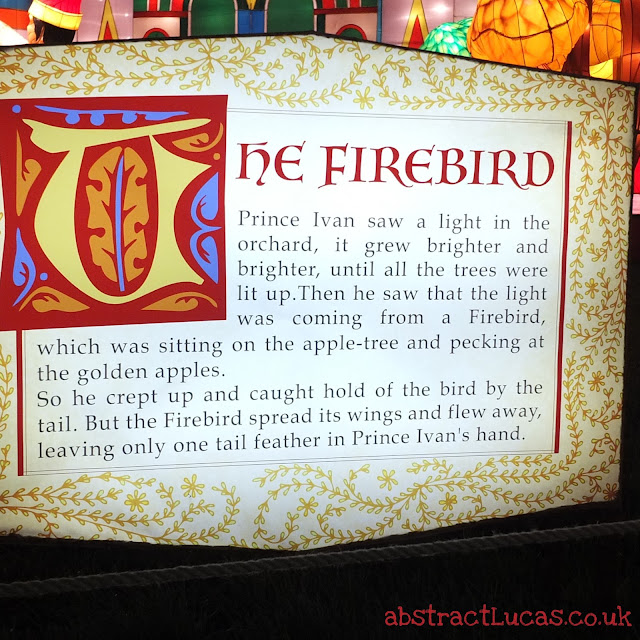 The sculptures are huge - context is tricky to capture in these photos, but trust me when I say they are massive - the human characters are easily bigger than an actual person, if that helps.  Since the clocks went back it doesn't even have to be late for it to be dark enough to enjoy the lanterns - these photos were all taken before 7pm. 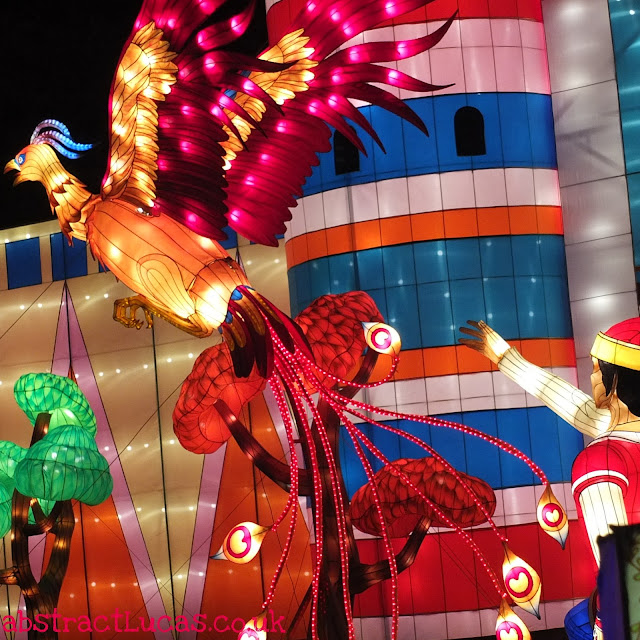 The safari was incredible as always, especially the camel who gleefully stuck his head right into the van - seriously, I never appreciated quite how massive a camel's head was until there was one a couple of inches from my head... 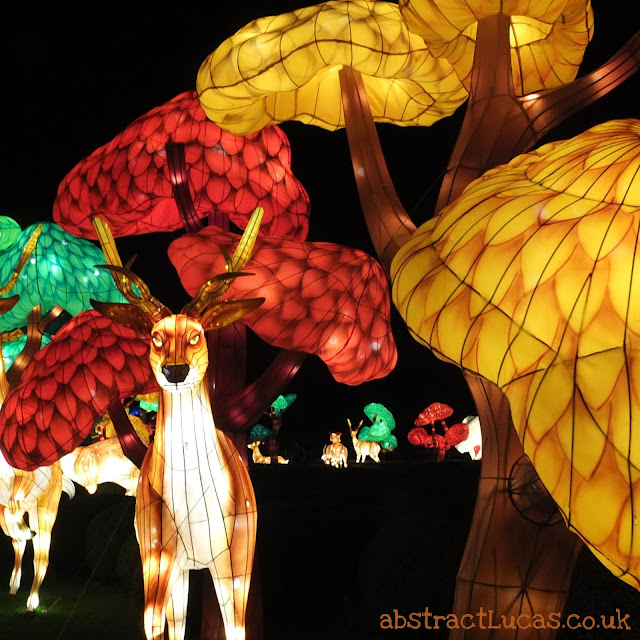 (*whispers* I'm not sure this deer lantern looks entirely friendly, but maybe that's me being over sensitive)


Then there's the castle surrounded by thorny brambles while Sleeping Beauty snoozes inside... 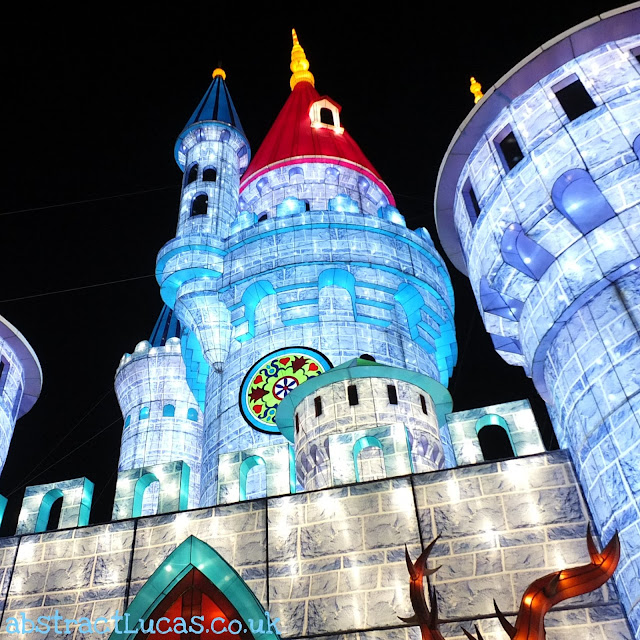 ...and the witch offering a poisoned apple to Snow White.  The detail on the sculptures is amazing - I'd love to know how long they took to make! 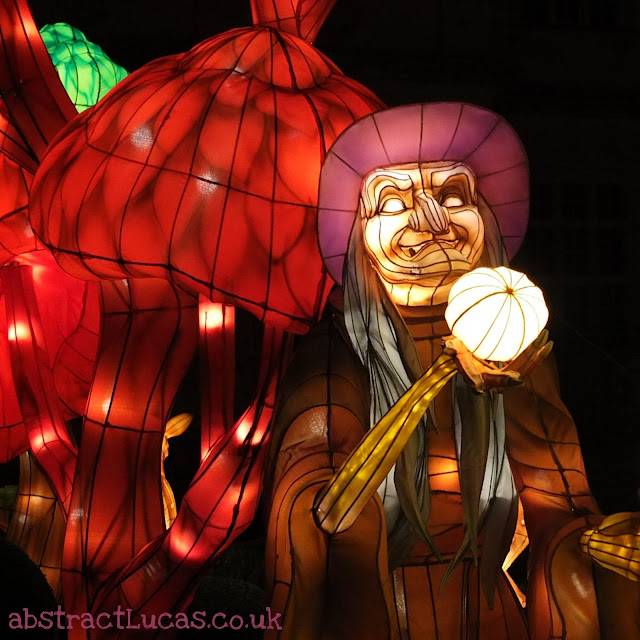 And this is a closer look at that witch - the lines which create the contours of her face are the wires inside the lantern, which then look like they're covered with some kind of waterproof paper to create the outer shell.  I'm in awe of the hours of work and concentration and attention to detail that must have gone into these - I'm wiped out by icing a few dozen cupcakes! (Smiler and I held a cake sale for Above and Beyond last week and raised £159.11 😊) 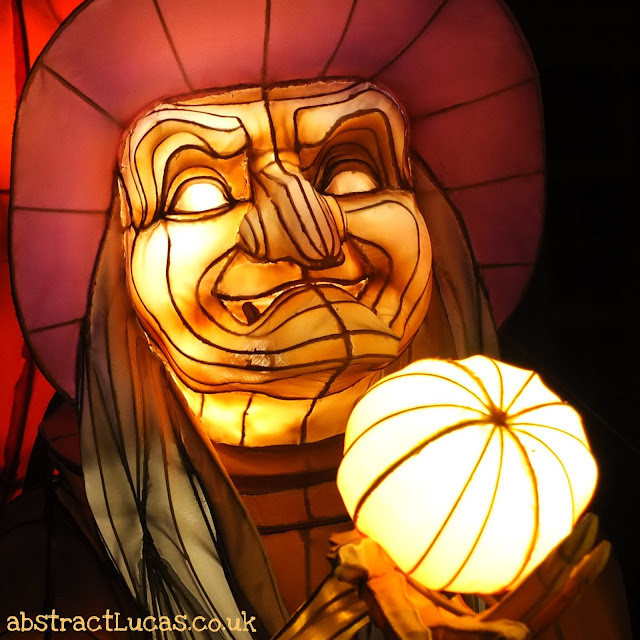 Finally*, another shot of the Frog Prince - my personal favourite! 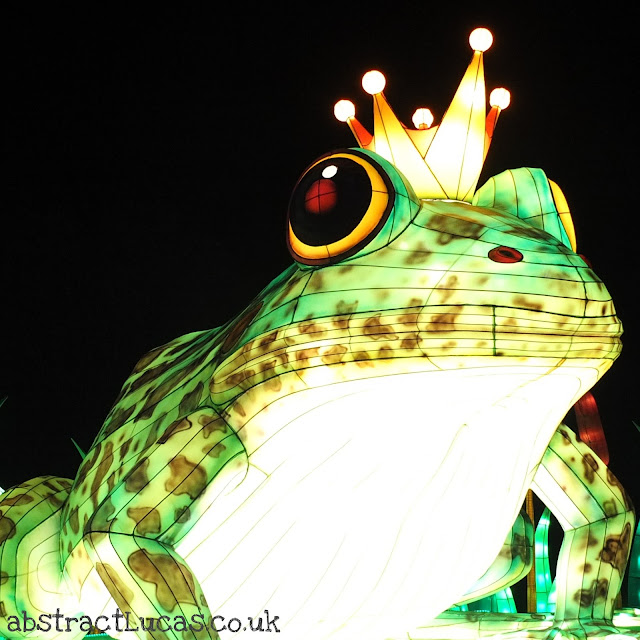 The kids loved it but were worn out by the end - the scale of the lanterns is so huge that when you're surrounded by them it's really difficult to take it all in, especially when half an hour before you were in a van just a few feet from a pride of lions, and half an hour before that you were ahh-ing over the baby monkeys climbing across the windscreen!

*You knew I wouldn't be able to resist though... 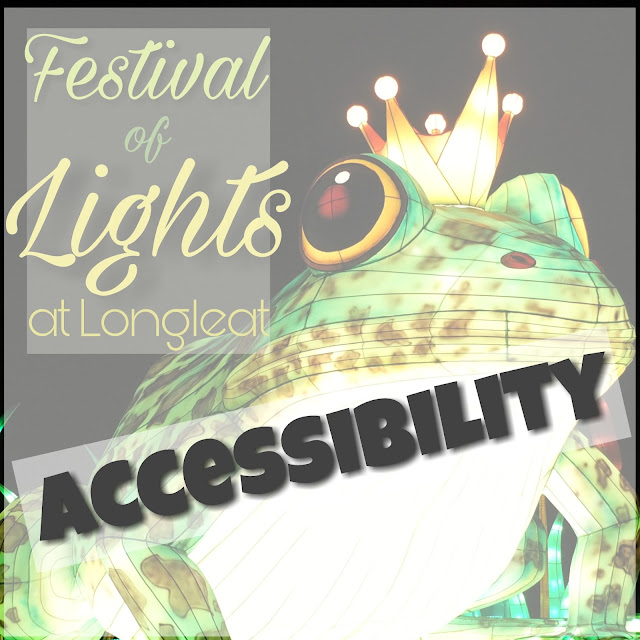 Longleat's own website has an accessibility section which you can find right here, or read on for our thoughts, mostly focused around wheelchairs and staff attitudes towards LD.

•  There's some accessible parking spaces, though of course like most places they could do with more.  The spaces are on hardstanding so no struggling with grass or gravel.

•  There are accessible toilets which you need a RADAR key to get into (which I like actually, as it means you don't end up waiting in a queue with people with toddlers etc who are taking advantage of the shorter queue), but if you don't have your own you can ask at 'Guest Services' and they'll lend you theirs.  Not a fully equipped Changing Place, which would be an insurmountable obstacle for some, though they do have "changing facilities for older visitors".

•  Wheelchair users can access the main house with staff assistance to use a lift instead of the stairs, and you get a bonus behind the scenes tour of the house when going to and from the lift.  Be warned, it's a bit of a maze with relatively narrow corridors, but you can get through in an average size adult self propelled or attendant wheelchair.  Staff were friendly and approachable.

•  You can drive through the safari in your own vehicle, but if you'd prefer to take the bus (so the monkeys don't make a meal of your windscreen wipers, though you can bypass their section), there is wheelchair access but it is limited - though seating on the bus isn't allocated one assumes they'd make sure there were only the number of wheelchair users booked on each bus that there were the number of seats...

•  Up to four wheelchairs can be taken on the Jungle Cruise at a time, but since pushchair can't be taken on board there is a useable 'parking' area just next to the ramp to the boat which you can use if to leave the chair if that's something that works for you.  Smiler chose to stay in his chair on the first trip, but to get out and sit on the bench seats when we returned later in the day.  Staff on the boat were friendly and relaxed, chatting to Smiler as he walked (very slowly) up the ramp, and asked others to wait while he (equally slowly!) disembarked - worth pointing out they went out of their way to ensure we didn't feel at all awkward, even though we were holding up quite an impatient crowd.

•  There's an indoor area where they do the now familiar animal encounters, though the animals to meet include a scorpion, snakes and a lizard, which makes a refreshing change to guinea pigs.  Smiler didn't want to hold the scorpion, but did enjoy getting up close and personal with the much larger (and more robust looking) lizard. Again staff were appropriately encouraging, and didn't seem to be at all phased by his enthusiastic clapping (and pretty loud squealing) at being told that he could stroke it! 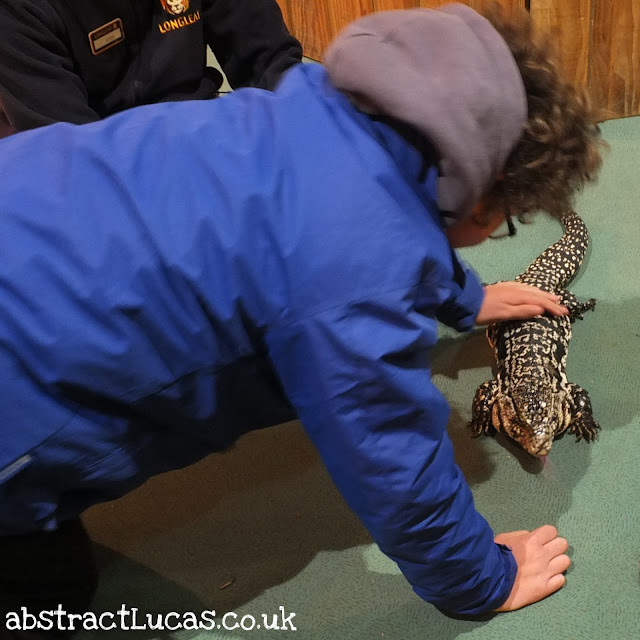 •  The lantern trail is busy, but it's on 'proper' paths all the way round - no muddy grass or gravel that the chair sinks into - and it's one way, so you don't end up feeling like you're trying to swim upstream.  Although it's very busy (worth making contingency plans on where to meet if your group loses one another as the phone signal is rubbish - ask me how I know!) everyone tries to stay out of everyone else's way if you're taking photos, which seems to be one of those rather lovely british idiosyncrasies.  The sculptures are huge and bright, and since many of the characters will be familiar to both parents and offspring, they're likely to be greeted by eyes wide with wonder and smiles to match.