Moving from DLA to PIP when you're 16 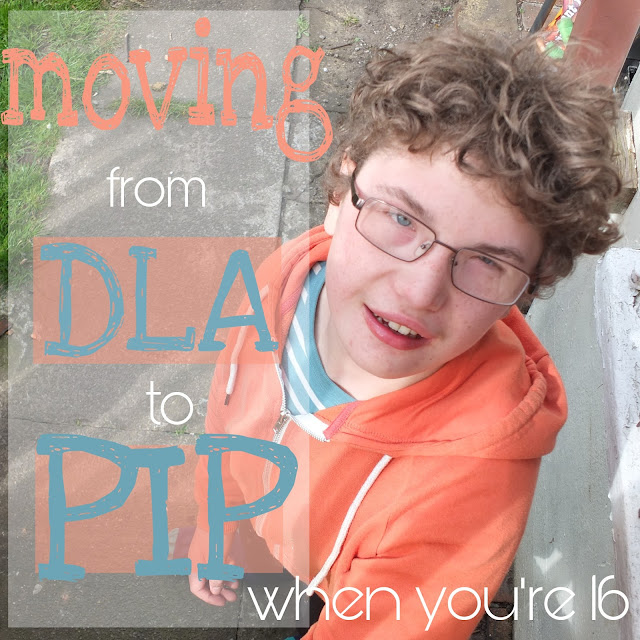 Long time no see, I know, but now I'm back with what I hope might shed some light on a tricky time for others.  Towards the end of last year I struggled to find what I was looking for, which is odd given the dearth of info on this internet of ours!  We had the dreaded switch from Disability Living Allowance (DLA) to Personal Independence Payment (PIP) coming up for Smiler, and I honestly didn't know what to expect.  While I could find several really informative guides to filling in the main PIP form itself (which I will share when I get to that bit) I was after more of an overview, a shared experience or two of what actually happened and when.  Because of that, I'm going to share our experience here in the hope that it might provide a bit of clarity for other parent carers going through the same thing.  I have gone back and forth a bit about sharing the details as they're specific to Smiler, and there's the whole "how dare you share that info about your child without their permission" thing.  In response to that, my reasoning is that I'm not sharing anything that is embarrassing or distressing to him, and I'm confident that since he gets a lot out of being helpful to others he wouldn't have an issue with my trying to make this process a little less worrying for someone else going through it. 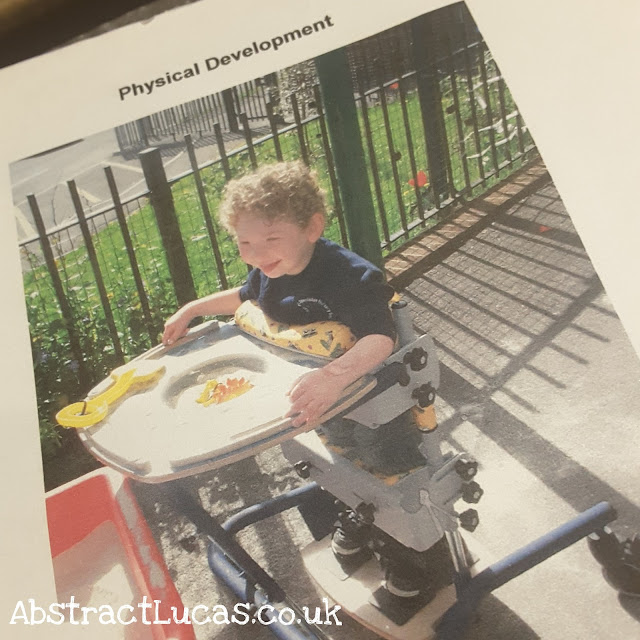 So, lets start at the beginning.  Smiler has been on DLA since just before he turned one (reviewed when he was three, eight, and thirteen) and his sixteenth birthday was in September 17.  He's always been on high rate care and high rate mobility, and we've never had to appeal or ask for a Mandatory Reconsideration (MR) or anything - it's always gone very smoothly.  Partly, I think, because he had a definitive medical diagnosis very early (at ten days old), and we've always been able to send several clinic letters from different consultants referring to his myriad medical conditions, and school paperwork referencing his level of development and understanding.  His most recent DLA award expired on 24th March 18, exactly six months after his birthday. 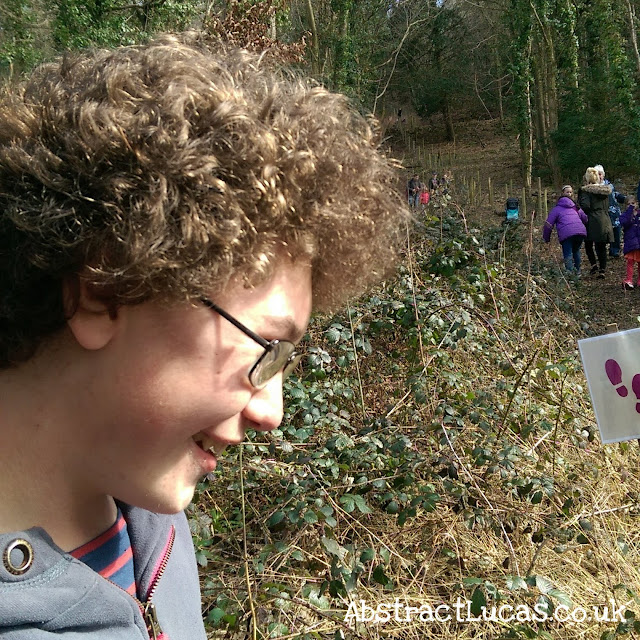 The first 'thing' that happened was back in July - a letter in those lovely brown envelopes from the Department of Work and Pensions (DWP), asking us to fill in a one a4 page form and return it, indicating whether we believed Smiler was going to require an appointee for the purposes of applying for PIP, why we thought this, and whether there was an intention to apply for PIP once he had turned 16. The paperwork explained briefly what an appointee was, and when it was required - basically once your child turns 16 they are responsible for applying for their own disability benefits , unless you can demonstrate to the DWP that they do not have the capacity to do so, and you nominate yourself to do it on their behalf.  We filled in the form, saying Smiler's intellectual disabilities mean he is unable to manage his own benefits, and Mr would do so on his behalf, and that we did plan to apply for PIP.


A couple of weeks after we had returned the form there was a phone call from the DWP, explaining that they do a home visit in these situations so that they actually meet the young person, and talk to them about the decision being made about whether to have an appointee.  A day and time was arranged for about three weeks later, for them to visit. 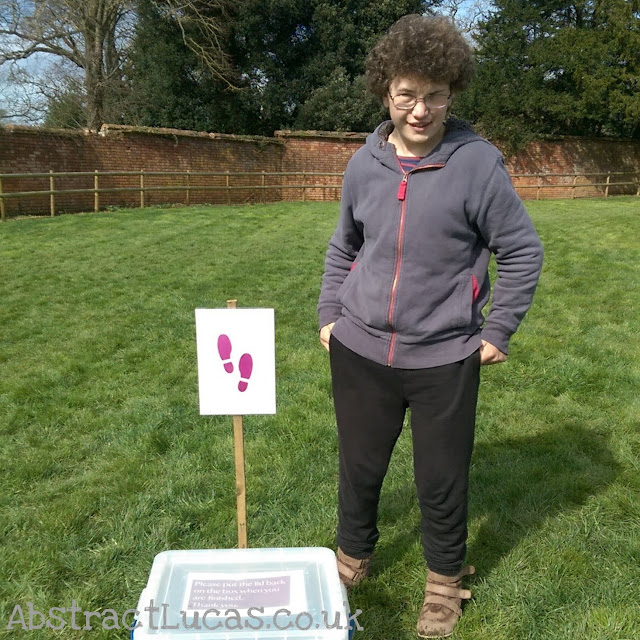 To be completely honest, I was very wary of someone coming in and speaking to Smiler about his ability to fill in forms and managing his own disability benefits, and had images of someone asking him questions which he wouldn't understand (but might still reply yes or no to, potentially conflicting with what we had said!)  Of course Smiler does have an official diagnosis of Severe Learning Disabilities, which helps, but I didn't want him to feel pressured or freaked out by someone he's never met coming in and talking to him.


The DWP rep arrived on time (good start!) and rang the doorbell with ID in hand, and introduced herself to the three of us.  Smiler was not particularly keen, asking to go to school (the appointment was at 9am so the plan was go take him in afterwards).  She explained what she was there to do and asked Smiler a few general questions - how old he was [he said 8] whether he enjoyed school [yes], and what his favourite tv program was [Scooby Doo].  She spoke clearly - directly to Smiler - using simple language and listened carefully to his answers, nodding and smiling, taking our muttered corrections and translations into account.  She then thanked Smiler for talking with her, and told him she needed to speak with us quickly and that then he could get to school.  She briefly explained again that she needed to have spoken with Smiler to ascertain whether it was necessary for someone else to deal with his future benefit applications, and said she was satisfied that he "wasn't quite at a point where he could take it on", double checked Mr's name, DOB and national insurance number, he signed her form, and she was off.  All good - much quicker than I had expected, but I guess maybe it's a pretty obvious result for Smiler.  I'd be interested to know how that conversation goes when your young person has greater verbal skills and disagrees with the parents, believing that they can in fact handle the forms themselves.  Personally I think disability benefit forms are torturous enough to complete when you're an adult claiming for yourself, never mind being a teenager, but that's by the by. 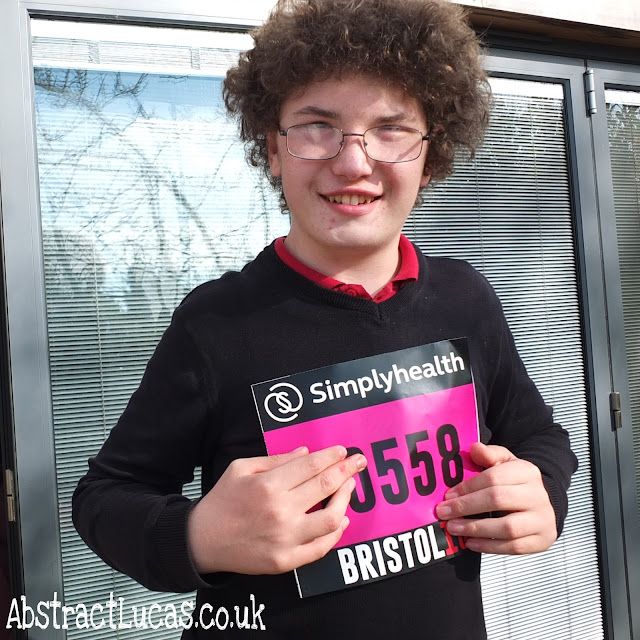 So, that was the first step in Smiler's journey from DLA to PIP.  Of course after years of regularly filling in DLA forms we knew the toughest bit was yet to come, but we'd made a start, and the dreaded DWP had agreed with us that Smiler couldn't do this by himself, and that Mr could do it on his behalf.  First hurdle cleared.

Get widget
at Saturday, April 21, 2018
Email ThisBlogThis!Share to TwitterShare to FacebookShare to Pinterest
Labels: adolescence, disability benefits, disabled teen, disabled teenager, DLA, moving from DLA to PIP when you're 16, PIP